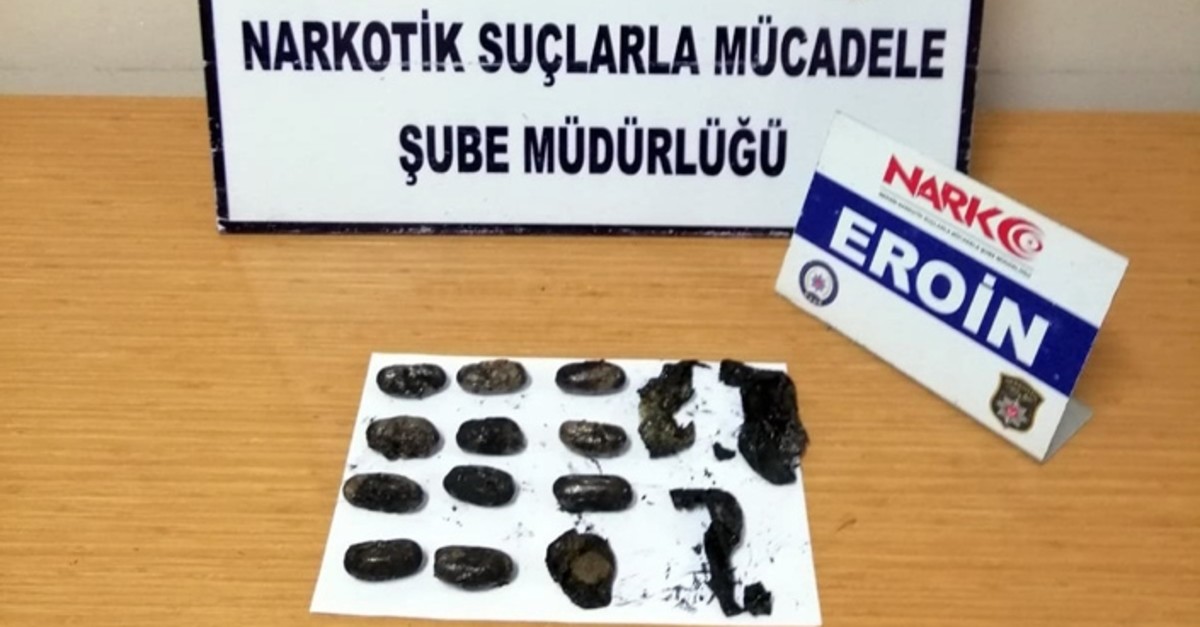 Security forces in southern Turkey's Mersin province Wednesday detained a suspect who tried to illegally smuggle drugs into the country by carrying them inside his stomach.

Acting on intelligence, the Mersin Security Directorate's Anti-Narcotics Branch conducted an operation in which the suspect identified as B.D. was apprehended.

The police found out through an MRI scan that the smuggler swallowed a total of 192 grams (6.8 ounces) of heroin in small packages.

The drugs found in the mule's body were removed via surgery and the suspect was arrested by a court after receiving necessary treatment at the hospital.

In 2014, the Turkish government launched "The Rapid Action Plan Against Drugs" to counter drug abuse and smuggling. Since then Turkey has been fighting on multiple counter-narcotics fronts. It targets addicts through better rehabilitation and awareness campaign. It also targets smugglers and small-time dealers with more operations carried out by newly-formed "narco teams" that especially focus on operations around schools and other places where youths, the most vulnerable targets for drug peddlers, go.