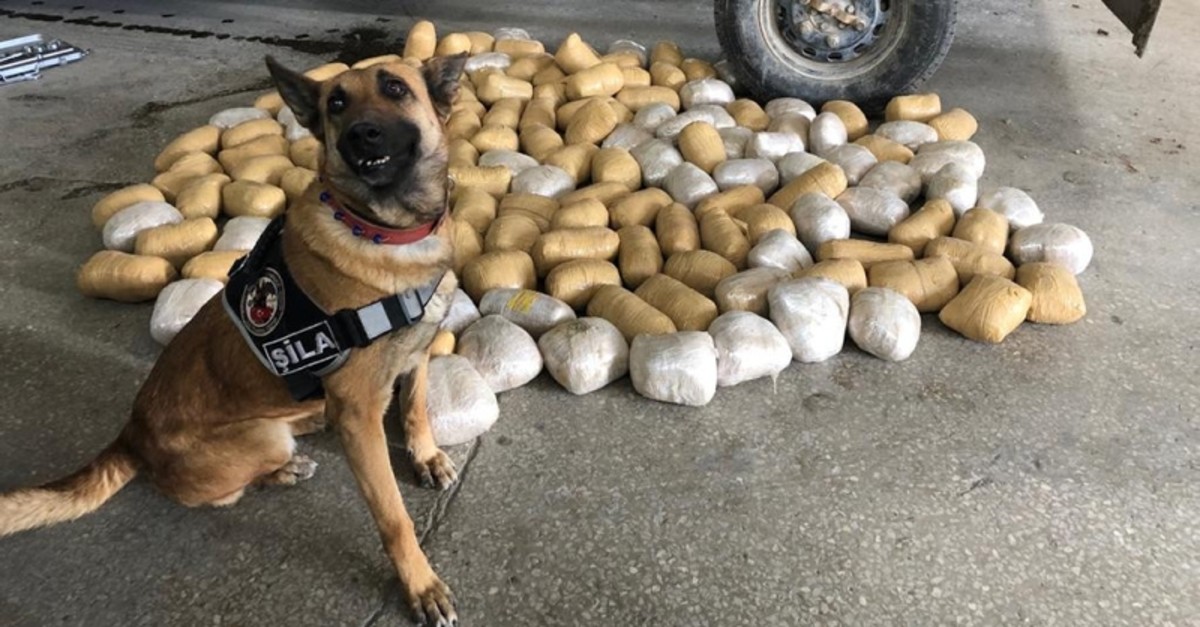 Turkish security forces continued to crackdown on drug smugglers across Turkey on Wednesday, seizing 155.8 kilograms of heroin in an anti-smuggling operation in eastern Turkey's Van province and detaining seven suspects in different parts of the country.

Acting on tip-offs, police searched a light truck on a highway in Tuşba district of Van, where they found 152 packages of the drug with the help of a sniffer dog named "Şila."

The driver of the vehicle identified as S.D. was detained and later arrested by a court on charges of "trading drugs or stimulant substances" and "transporting drugs".

Meanwhile, seven other suspects were detained in simultaneous operations in central Turkey's Niğde and Sivas provinces and southern Adana province.

In the raids, police found a fair amount of drugs in the properties belonging to the suspects.

Six of the suspects were later arrested by court for "trading drugs".