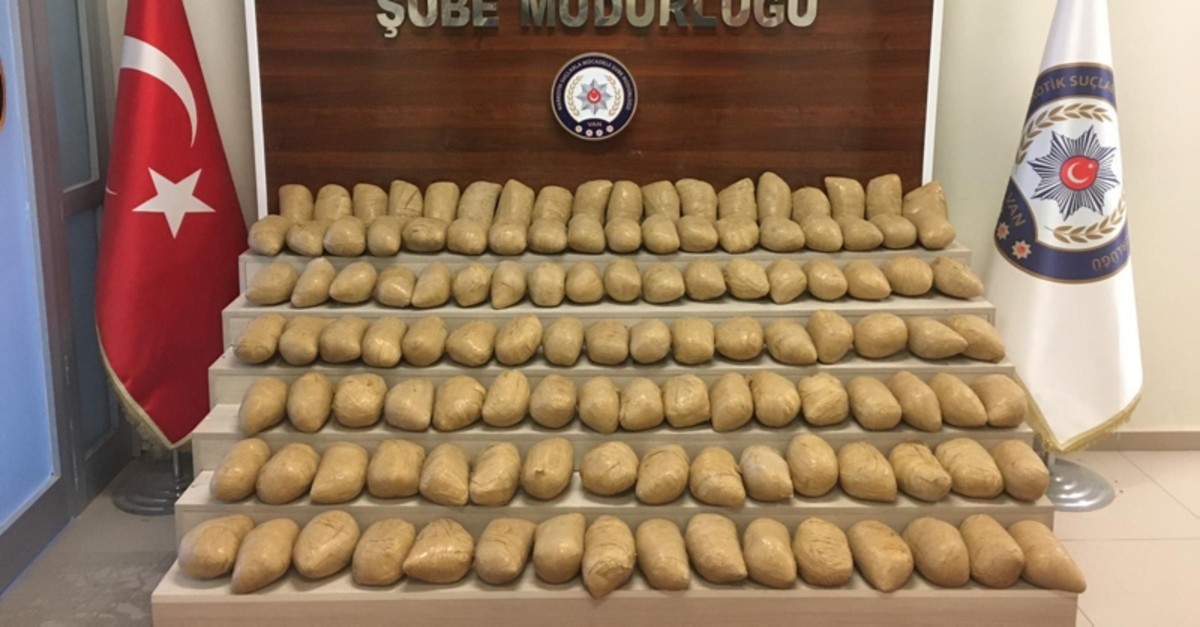 Police seized 123 kilograms of heroin in a raid on a house in the Iskele neighborhood of Tuşba district in eastern Van province.

The drugs, which were hidden in 120 separate packages, were found with the help of a sniffer dog named "Lisa."

Three suspects identified as F.K., V.K. and C.K. were detained by the police.

In a separate anti-smuggling operation in northwestern Edirne province, the anti-smuggling branch of the provincial security directorate seized 10,500 Ecstasy pills from two vehicles.

Four suspects identified as O.K., M.B., A.Ö. and S.G. were later arrested by a court.

Meanwhile, one of the suspects who was detained along with two others in an anti-smuggling operation in the Manavgat district of southern Antalya province was arrested by a court.