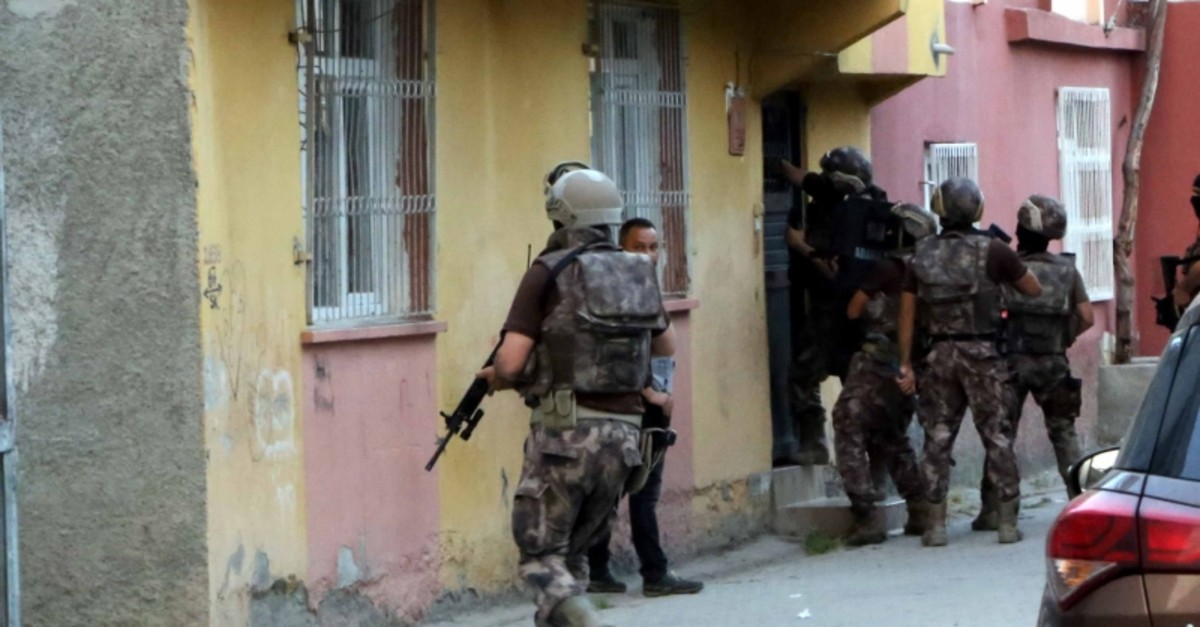 Police simultaneously raided 19 residences in Adana's city center and arrested those suspected of having links to the Daesh terrorist group.

Adana, which is located near the border with Syria, has been a scene of dozens of police operations against the terrorist group. Last year, counterterrorism police apprehended the so-called Daesh "emir" or leader for Adana.

In the face of counterterrorism operations in Syria and Iraq, Daesh numbers have further dwindled with heightened crackdowns in Turkey. Turkish security forces have been involved in a long-running campaign to rid Turkey of Daesh terrorists.

The terrorist group is blamed for a string of terror attacks in Turkey that killed at least 319 people over the past three years in Istanbul and Ankara, as well as cities in the southeast.

Foreigners looking to join Daesh in Syria have mostly attempted to use Turkey as their crossing point. Turkey has taken significant measures against foreign Daesh members and has urged Western countries on intelligence cooperation.