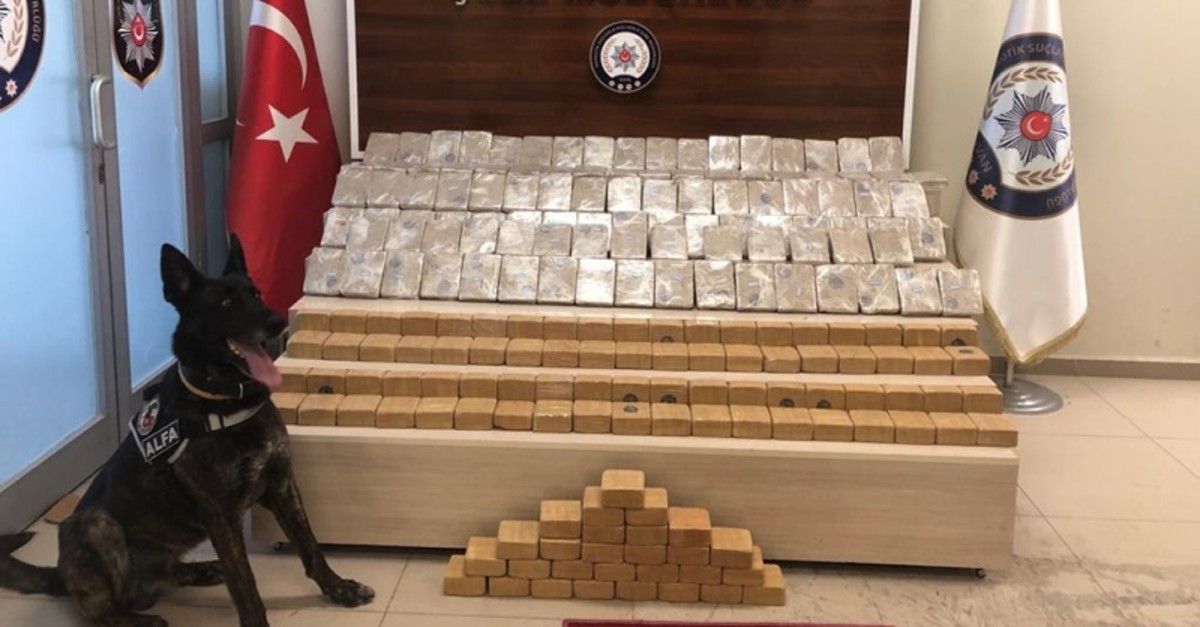 Acting on a tipoff, the anti-narcotics branch of the provincial security directorate searched a parked car in Tuşba district. Police found the heap of drugs hidden in five boxes in the car's trunk with the help of a sniffer dog named "Alpha." The owner of the vehicle, identified as Z.D., was detained.

In a separate operation, provincial gendarmerie forces detained an Iranian national who was carrying two kilograms of methamphetamine, a white crystalline drug, during routine controls on the Van-Tatvan highway.

Police also launched an anti-smuggling operation in the Erbaa district of central Turkey's Tokat province, detaining four suspects. Some 2,558 ecstasy pills were seized during the operation while the suspects were later arrested by court.

Meanwhile, the anti-narcotics branch of the provincial security directorate in central Turkey's Kayseri province detained 8 suspects in simultaneous operations to 19 separate addresses. The operations were launched with the participation of 157 security forces as a result of investigations that have been continuing for two months.