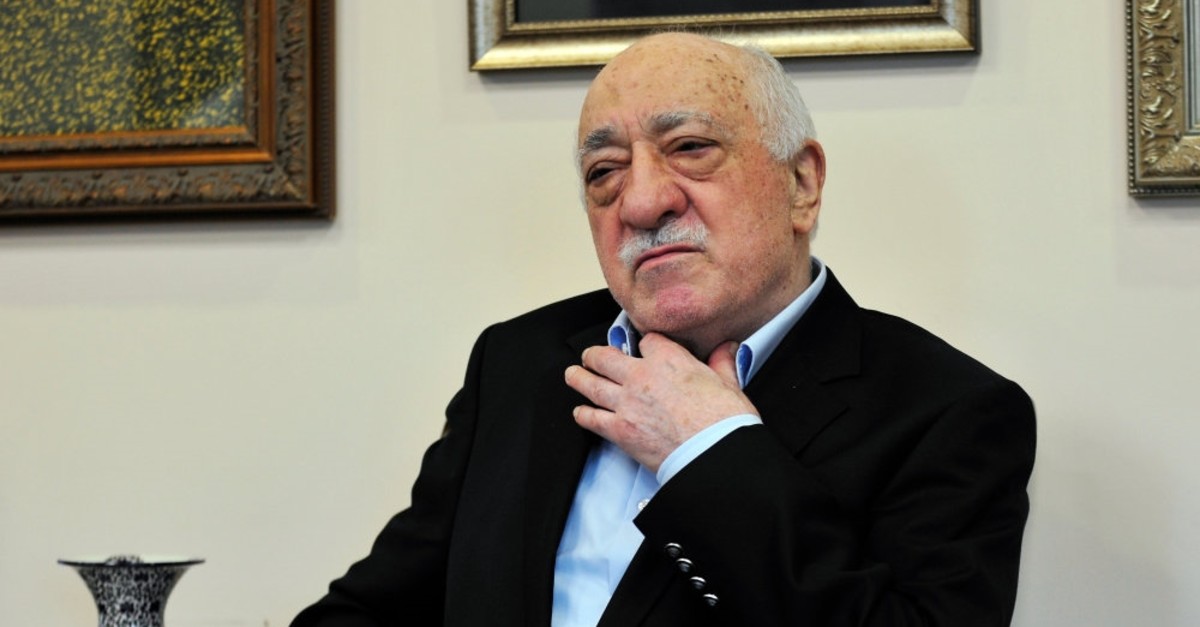 FETu00d6 leader Fetullah Gu00fclen in his Pennsylvania compound, July 17, 2016. Gu00fclen is accused of ordering the 2016 coup attempt that triggered a mass crackdown against FETu00d6 after the attempt was thwarted.
by Daily Sabah Jul 03, 2019 12:15 am

In a new wave of operations yesterday, authorities issued arrest warrants for 174 suspects linked to the FETÖ terrorist group blamed for the 2016 coup attempt

The relentless crackdown against the Gülenist Terror Group (FETÖ) continues across Turkey three years after the group tried to seize power through a military coup attempt. Prosecutors issued arrest warrants for 174 suspects linked to the group in separate investigations, and 57 suspects had been captured when Daily Sabah went to print.

The Istanbul Chief Public Prosecutor's Office issued arrest warrants for 40 suspects, including active-duty soldiers, in an investigation into the terrorist group's network of military infiltrators. Police launched operations in 15 provinces to capture the suspects. Prosecutors said some suspects were identified through testimonies of other FETÖ infiltrators in the military who were caught in earlier operations and collaborated with authorities in exchange for reduced prison terms. Other wanted suspects were those tipped off to police by the public and suspects whose ties to the terrorist group were discovered by intelligence units. Among them were military officers who were dismissed from the army earlier on suspicion of FETÖ membership. A statement by the Chief Prosecutor's Office said the suspects were all part of a secret communication network of FETÖ used by terrorist group's handlers for military infiltrators. The statement added that the suspects were contacted by handlers through public payphones to avoid detection between 2012 and 2016, the year when the terrorist group employed its infiltrators in the military to launch the coup attempt that killed 251 people and injured 2,200 others. Among the wanted suspects were a colonel, a lieutenant-colonel and three captains, along with three military cadets.

Elsewhere, prosecutors in the central province of Konya, home of a major military air base, launched an investigation into FETÖ's military network and issued arrest warrants for 40 suspects, including active-duty soldiers. Fifteen suspects were arrested, while the manhunt was underway to capture the remainder. Police launched raids in 25 cities to find the suspects.

In the western city of İzmir, prosecutors issued arrest warrants for 42 suspects, including 28 active-duty military officers who were accused of being a part of FETÖ's network of military infiltrators. Prosecutors said they were detected through their links to FETÖ's "imams" or handlers via public payphones and among the suspects were a major and two captains, as well as four military school cadets who were earlier dismissed from schools for their suspected links to the terrorist group.

A similar operation was launched in Kocaeli, home to the main command of Turkish Naval Forces. Prosecutors issued arrest warrants for 15 suspects in a probe into FETÖ's military infiltration, including six active-duty soldiers. Thirteen suspects were arrested.

Yesterday's operations also covered FETÖ's "civilian" members. In the northern city of Zonguldak, police launched operations against the terrorist group's members, including those identified through their use of ByLock, an encrypted messaging app developed and exclusively used by FETÖ members. Seven suspects were captured in Zonguldak, Yozgat, Ankara and Kayseri, while another suspect remains at large. In the capital Ankara, police arrested 22 out of 30 suspects wanted by the Chief Prosecutor's Office in the city for their use of ByLock. The terrorist group conceived ByLock for secret communications between its members. Investigations into ByLock started prior to the 2016 coup attempt. However, they gained significance after the attempt. Authorities had deciphered messages revealing secret messages pointing to an imminent coup in operations after the putsch bid.

The terrorist group is known for its widespread infiltration of the army, law enforcement, judiciary and bureaucracy. It first attempted to overthrow the government in 2013 with its infiltrators in the judiciary and the Turkish National Police. It failed, and the group faced increased scrutiny. When the news broke that the military was preparing to launch a mass purge of FETÖ-linked officers in August 2016, the group moved to prevent it with the coup attempt. Strong public resistance ultimately stopped the coup, and the coup's ringleaders, including generals, were arrested. Since then, tens of thousands of people linked to the group and the coup attempt have been detained or arrested, while trials were launched into the group's wrongdoings.

In a trial yesterday, Mehmet Arı, a former member of the Supreme Court of Appeals was sentenced to 13 years and nine months in prison for FETÖ membership by a court in Ankara. Arı was a chief inspector in the Board of Inspection at the Justice Ministry in 2009 when he ordered illegal wiretapping of Aykut Cengiz Engin, the former chief prosecutor of Istanbul, as part of the notorious Ergenekon case. The case, where hundreds were imprisoned for running a criminal gang, concluded on Monday after an Istanbul court ruled that the Ergenekon "gang" did not exist and that defendants in the case were imprisoned on false charges and evidence as part of a FETÖ plot to imprison its critics. Arı was dismissed from the judiciary after the 2016 coup attempt and was subsequently arrested.