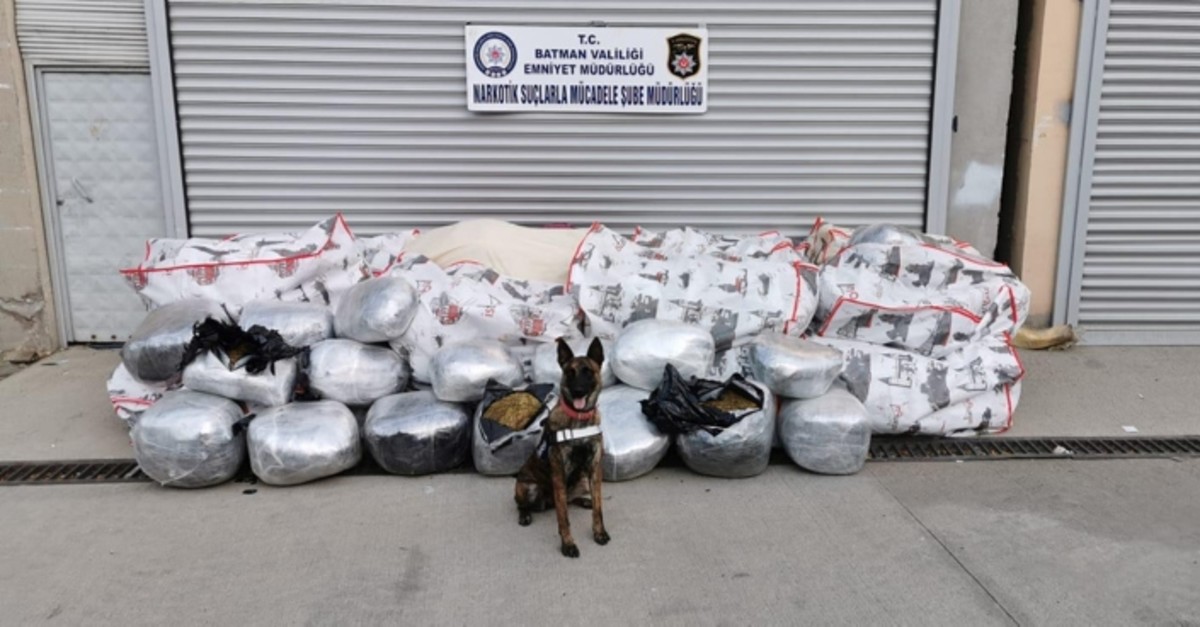 Turkish security forces confiscated 1 ton of marijuana in the southeastern province of Batman on Monday.

Narcotics police conducted an operation after receiving a tip on the financial support of the PKK terrorist organization, said the source, who asked not to be named due to restrictions on speaking to the media.

The police stopped a semi-truck and the drugs were found stashed inside the plastic pipes the truck was carrying.

Police arrested the driver after confiscating the weed.

According to police data, Turkish security forces confiscated a total of 17.3 tons of heroin in 2018, arresting more than 1,500 suspects.

In its more than 30-year terror campaign against Turkey, the PKK — listed as a terrorist organization by Turkey, the U.S. and the EU — has been responsible for the deaths of nearly 40,000 people, including women, children and infants.