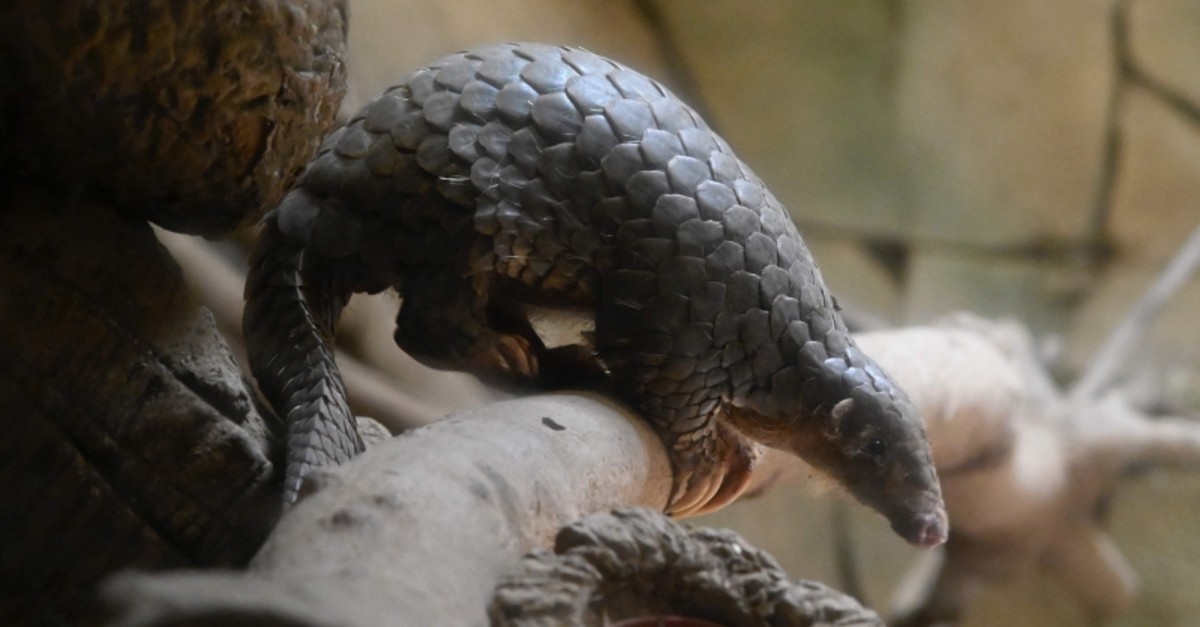 According to a statement by the Ministry of Trade, security forces were alerted after customs officials noticed a shipment carried aboard a plane was declared as "simply prepared (animal) bones or horn cores." 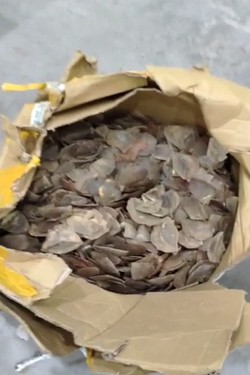 The customs officials initially alerted security forces over the possible health and safety hazard but after inspection, customs police noticed the shipment contained 1.21 tons of scales belonging to endangered pangolins.

Trade ministry said the scales were estimated to be worth 8.5 million liras ($1.5 million) on the Turkish market and about $3 million on Asian markets.

Authorities did not provide details about who the shipment belonged to.

Pangolins, also known as scaly anteaters, are critically endangered and defenseless mammals. They are coveted for their meat, which is considered a delicacy, and scales are used in traditional Chinese medicine to treat aliments from cancer to arthritis.

The scales are often ground up and used as a scientifically unproven supplement to treat liver and bone issues and for mothers to produce breast milk. Trading in scales is illegal under international conventions. Officials did not disclose whether any suspects involved in the illegal trade were apprehended.