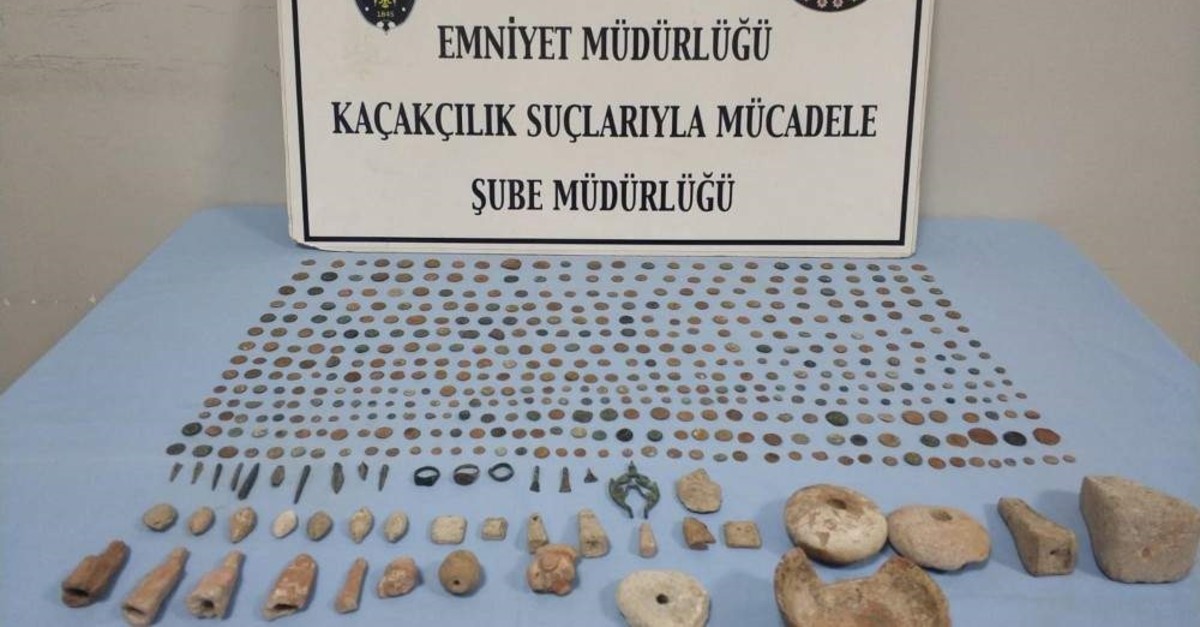 Police from the Anti-Smuggling Branch of the Izmir Security Directorate received a tip-off that the suspect, identified as A.Ö., would sell the artifacts, and acted upon the information.

The suspect was detained to be questioned.