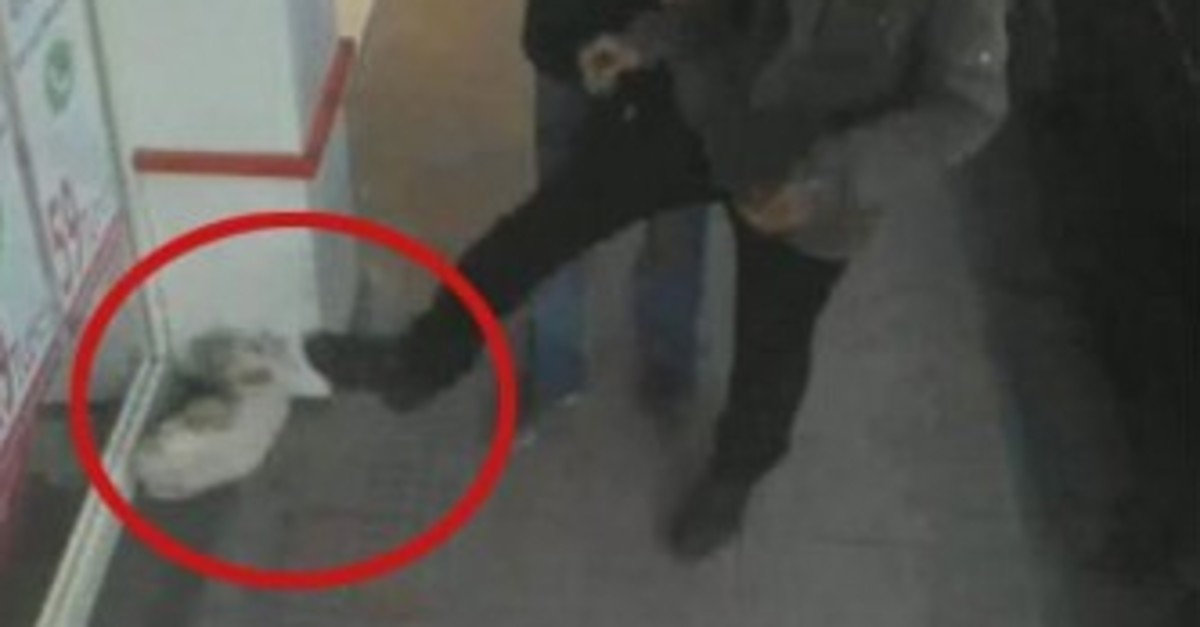 Legal action was taken yesterday against a man who was captured on video violently kicking a cat on a street in western Kütahya province's Simav district.

The man, identified only by his initials M.T., was detained shortly after the video went viral and police launched an investigation to identify him.

Simav district Gov. Çağatay Hakim said in a statement that the man's violent act against the animal could be clearly seen on the video and that an administrative fine is expected to be issued against him for misdemeanor cruelty to animals.