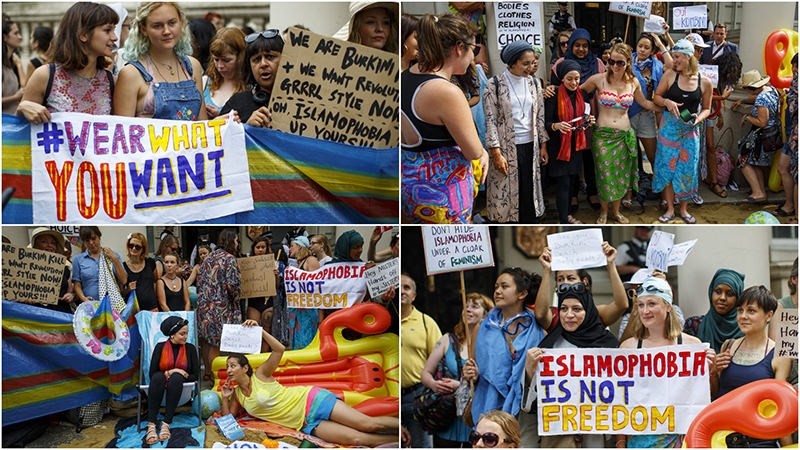 Some 35 Muslim and non-Muslim women held a beach party demonstration outside the French embassy in London on Thursday, protesting against a ban on burkinis enforced in some coastal towns in France.

Wearing bikinis and burkinis, the women sat on a pile of sand and played with beach balls in front of the embassy, some holding signs reading "Islamophobia is not freedom" and "Let them wear what they want".

The protest was organised by two friends following the publication of a photograph of armed French police apparently telling a woman sitting on a beach to remove part of her burkini.

"It is never right to tell a woman what she can wear or to take her clothes off. That is not for a man to say," India Thorogood, one of the organizers, said.

"We wanted to show solidarity with Muslim women in France and call for a repeal of the ban."

France's highest administrative court, the Conseil d'Etat, was meeting on Thursday to consider a complaint against the ban in one Mediterranean town.

French Muslims are concerned that the decisions could lead to further stigmatization of Muslims, the head of a body representing Muslims in France has said.