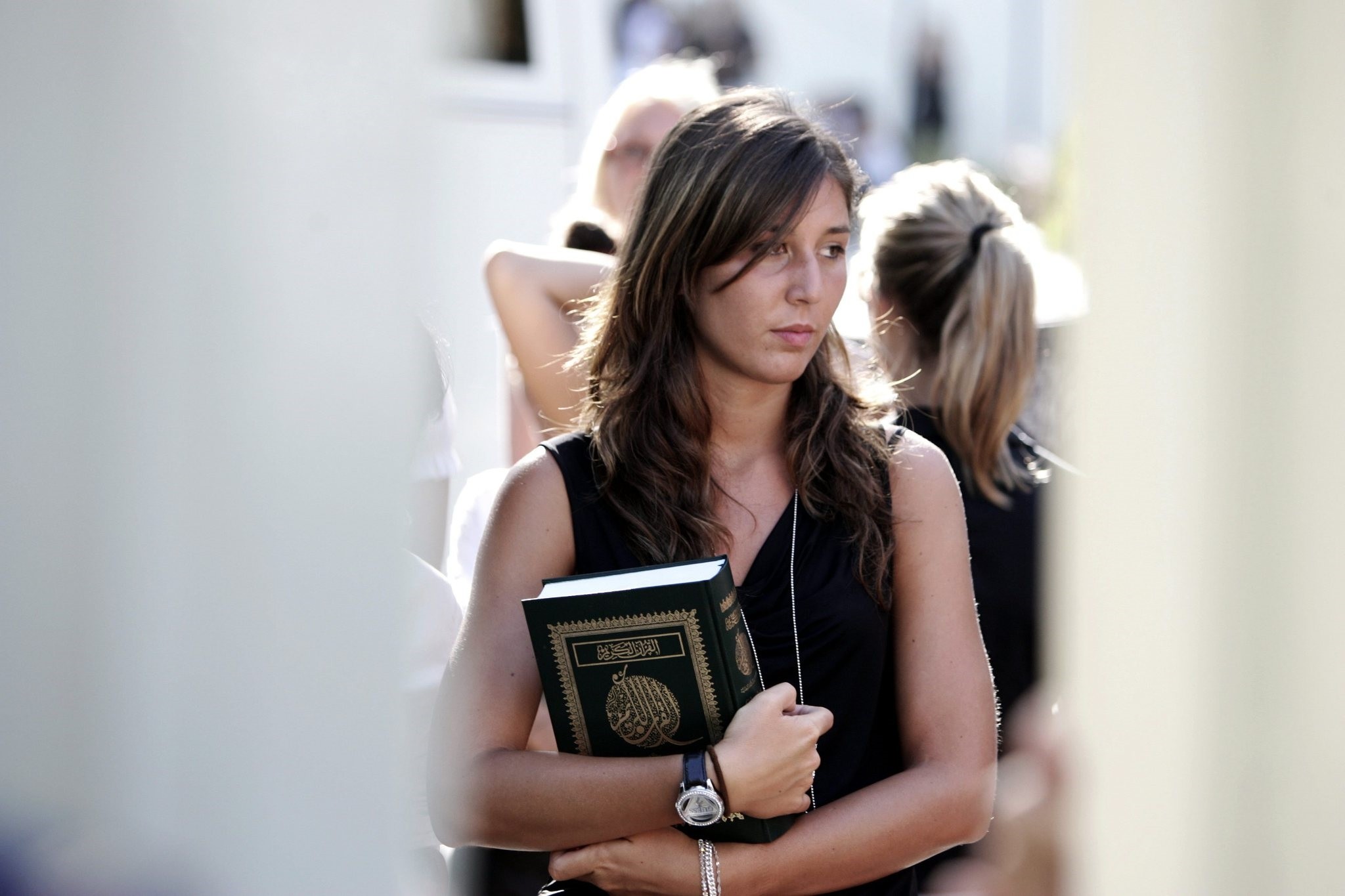 A woman holds a copy of the Koran after a meeting with Libyan leader Moammar Gadhafi, at the Libyan Academy near the Libyan ambassador's residence in Rome, Sunday, Aug. 29, 2010. (AP Photo)
by Daily Sabah with Agencies Aug 26, 2016 12:00 am

Far-right Dutch politician Geert Wilders has promised to close all mosques and Islamic schools and ban the Quran in an online manifesto.

Wilders, whose Freedom Party leads the polls ahead of March's parliamentary election, also called for a ban on all asylum seekers and migrants from Islamic nations and for the Netherlands to leave the EU.

Titled "Netherlands is ours again", the 11-point manifesto was shared on social media. Sybrand van Haersma Buma, leader of the Christian Democratic Appeal party, called it "bizarre and unbelievable".

Although the Freedom Party has led opinion polls for months, its hardline policies mean it is unlikely to find the necessary coalition partner to form a government.

Back in 2015 Wilders had said that Turks were "not welcome here" in a video that took aim at Turkey's hopes of joining the European Union.

In his English-language video posted online in December with Turkish subtitles, however, Wilders told Turks in typically blunt fashion: "Your government is fooling you into believing that one day you will become a member of the European Union. Well, forget it."

"You are no Europeans and you will never be. An Islamic state like Turkey does not belong to Europe," he said. "We do not want more but less of Islam. So Turkey, stay away from us. You are not welcome here."

"We have freedom of speech, but this sort of remark, in which a whole country and a whole population is deeply insulted, is totally unacceptable and contributes absolutely nothing to resolving the problem," Rutte told a news conference.

The country of 17 million people, which is a member of the EU's open-border Schengen area, now implements some of the toughest immigration policies in the 28-nation EU.