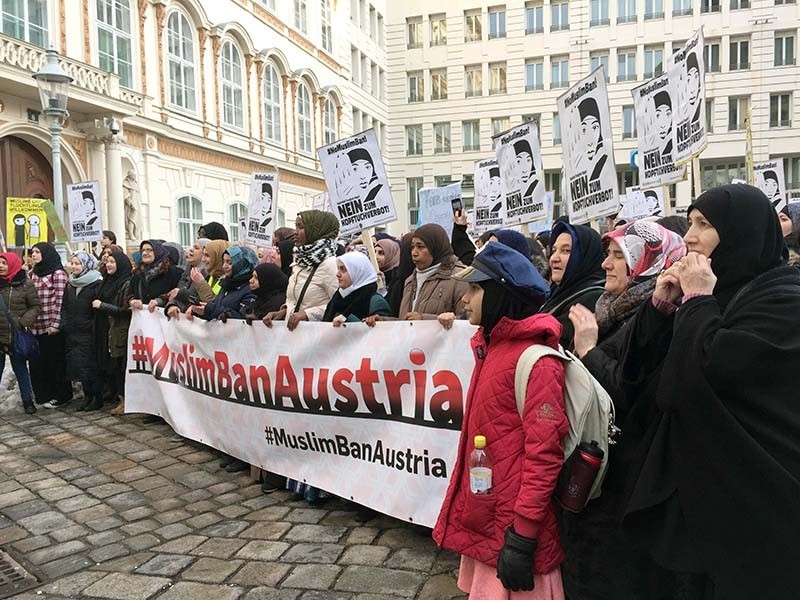 Planned government restrictions for full-face veils and headscarves drew some 2,000 protesters to the streets in central Vienna on Saturday, according to police.

The Muslim groups that organized the protest spoke of 3,600 participants.

The cabinet unveiled tough new immigration, integration and security policies on Monday that include a ban on wearing full-face veils in public, as well as a de-facto ban on headscarves for justice and police officials.

"Every woman must be able to move freely in public without harassment and discrimination - no matter what she does or does not wear," a Muslim youth organization that took part in the protest said in a statement on Facebook, dpa reported.

Demonstrators also spoke out against increased surveillance powers for police and against restrictions of demonstration rights that have been proposed by Interior Minister Wolfgang Sobotka of the centre-right People's Party. 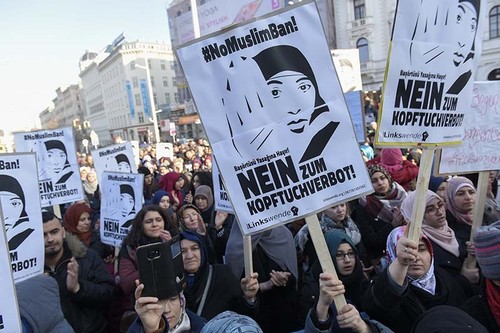 Ibrahim Olgun, president of the Austrian Islamic Community, told the Anadolu Agency although Austria was a democratic country the ban would mean losing its values.

"We are against the headscarf ban in every place. Our stance on this subject is clear. If the government wants to bring in a headscarf ban, we will fight by applying all legal means," he said.

"We cannot understand the burqa ban in public places. There are people who are not settled in this country, there are tourists; obviously we are reacting to such a burqa ban.

"I do not think this ban is only about us. I am obviously wondering what the Ministry of Tourism thinks about this issue," Olgun added.

He said the Muslim community was opposed to the prohibition of all religious symbols, stating that they expect people of different backgrounds to respect religious values.

Muslim Youth of Austria spokeswoman Canan Yasar called on the government to avoid discriminating against women.

She said the ban would send a message to many women in Austria that "you do not belong here, you are not equal citizens".

"The message a government wants to give to its citizens should not be this," she added.

"Austria is giving up its mutual respect-based communication with its Muslim citizens. With this attitude, the government is shifting into the states that regulate women's clothing according to the law," she said.

Austria's Network Muslim Civil Society said although the text of the law did not mention "headscarf," the ban would apply to police officers, judges and prosecutors.

"This message is absolutely catastrophic," the group said and claimed: "It is signaling that Muslims seem to be accepted in Austria only if they stay away from education and serve the labor market, if at all, only in the lowest segment."

"We demand a clear detachment of Austrian politics from an authoritarian populist style that pushes minorities and women to the margins of society and isolates and criminalizes them instead of making a constructive contribution to integration and equality," the NGO said.

While the "headscarf" phrase was not included in the prepared government program, it has been interpreted by Muslim communities as a desire to ban the covering.

While there is no broad opposition against the veil and headscarf restrictions in Austria, Sobotka has been criticized by a wide range of civil society groups for his security plans.

Sobotka's proposals are widely seen as an effort to outrun the anti-immigration Freedom Party, which has led in opinion polls since
2015.