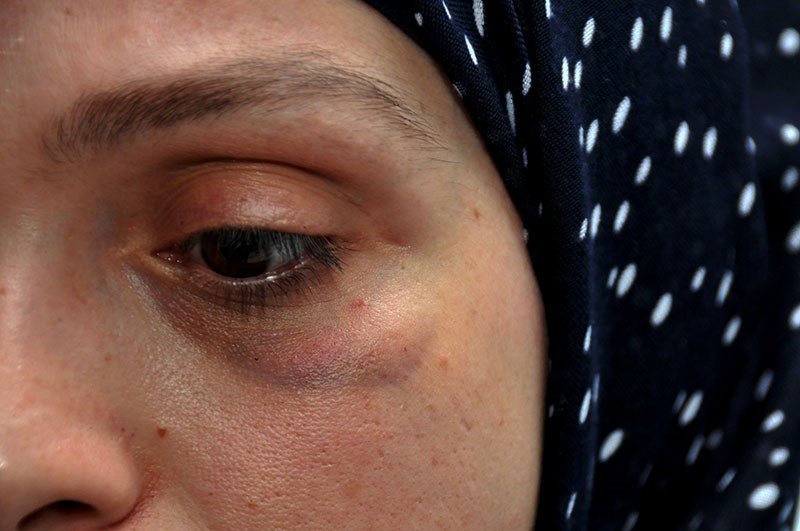 A Turkish woman was physically and verbally attacked by a racist man for wearing a headscarf in the German city of Mannheim last week.

The 33-year-old woman, who wanted to be identified to the press as H.D., was walking on the road along with her three-year-old child when Wolfgang P., a 33-year-old German neighbor who lives in the same building, approached her holding a mobile phone to her face.

When H.D. reacted and asked why the man was taking her picture, Wolfgang P. landed a punch on the woman's face. As she staggered and fell, the man kept kicking her.

H.D. told the Ihlas News Agency that the man has been harassing women wearing headscarves for the past six months, taking photos of women he came across and making weird sounds as well as spitting on the ground.

While a police officer on patrol duty detained the assailant, he was reportedly set free shortly after.

The victim says she lives in fear as the assailant, who she recorded shouting "Just wait and see what else will happen to you," is set free.