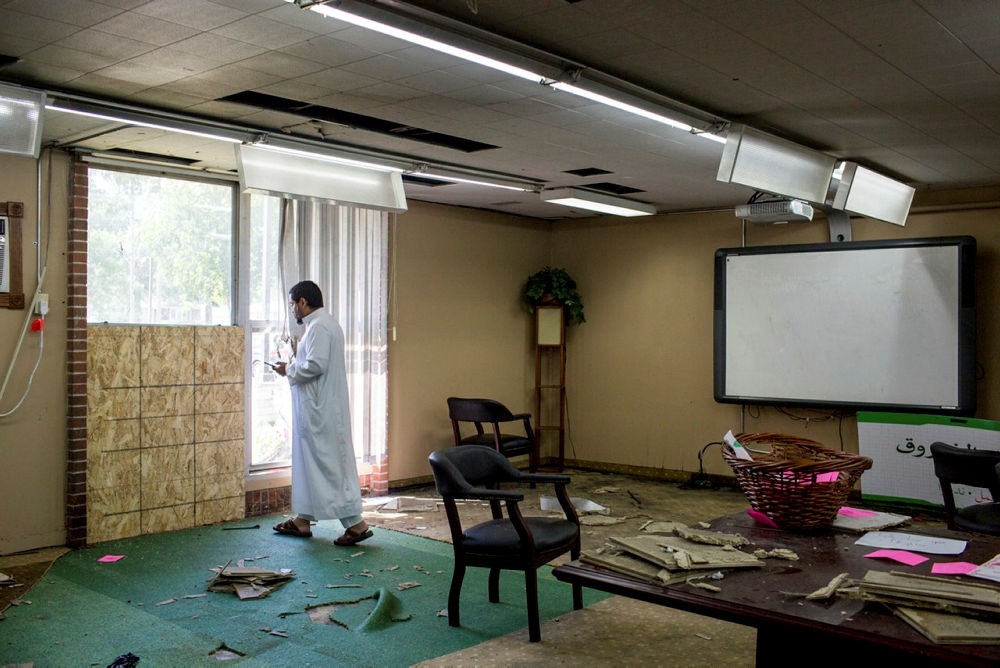 Minnesota's Muslim community invited the U.S. President Donald Trump to condemn the bomb attack at the Dar Al-Farooq Islamic Center in the Twin Cities suburb of Bloomington over the weekend.

While Trump took various issues to Twitter from praising the United Nations vote to slapping sanctions on North Korea over its recent missile tests and criticizing Democrat Senator Richard Blumenthal, the president did not comment on the bomb attack that has left Muslims in the state rather anxious.

Mohamed Omar of the Dar Al-Farooq Islamic Center in Bloomington told Buzzfeed Monday that the mosque invites Trump to visit the site to "see what happened."

"He is the president of this country, and this happened to us. He has to come here and at least express his feelings and say this is bad," Omar said.

"We are wondering why President Trump has not tweeted about this," Asad Zaman, director of the Muslim American Society of Minnesota, told BuzzFeed News. "He seems to want to tweet about security and terror issues."

"Silence on the part of public officials at the national level only serves to empower Islamophobes," Ibrahim Hooper, a spokesman for the Council on American-Islamic Relations, said in a statement calling for Trump to condemn the attack, the Los Angeles Times reported.

Nobody was hurt in the explosion, which happened just before morning prayers on Saturday, but the blast damaged the imam's office across the hall from the worship space. Ceiling tiles still littered the office floor on Monday along with tiny glass shards. The explosion left a small hole in the ceiling and damaged the imam's desk. The shattered window had been boarded up. On the window ledge outside were flowers left by well-wishers.

The Minneapolis FBI office has not announced arrests or said whether it has identified any suspects. In a statement Monday afternoon, Special Agent in Charge Rick Thornton called it a "terrible crime" and vowed to focus every available resource on the case until it's solved.

Gov. Mark Dayton called the bombing an act of terrorism when he and other officials visited the mosque on Sunday.

In a sign of the ongoing safety concerns, a car from a private security company was parked outside the mosque Monday.