Building leans to its side in Istanbul metro construction site 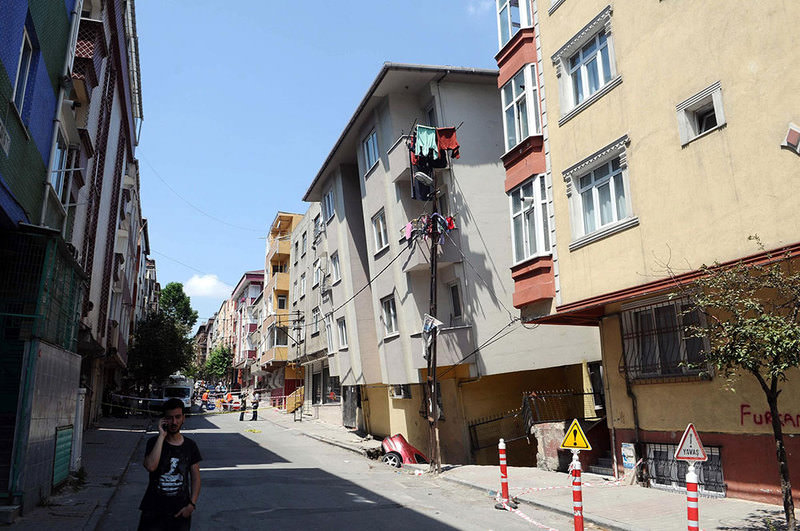 by Daily Sabah with AA Jun 13, 2015 12:00 am
A five storey-tall residential building located in Istanbul's Gaziosmanpaşa district leaned over to its side in the dead of night, while eight others were evacuated.

The area is located on top of the construction site of Mecidiyeköy-Mahmutbey metro line. Residents had informed officials about fractures over the walls and cracking voices earlier in the day, however, engineers who came to the site reportedly said that there was nothing unusual. Around 03:30 a.m., the building leaned over to its side, while a parking car fell to the pit occurred after the incident.

The building was safely evacuated by eight resident families, while the police and fire department units came to the site for safety measures and evacuation of a larger area. Gas and electricity of the street was also cut off.

Residents had to spend the night out on the street and in their cars, and asked for an explanation from the officials, claiming that a tunnel boring machine (TBM) works underneath their residences.