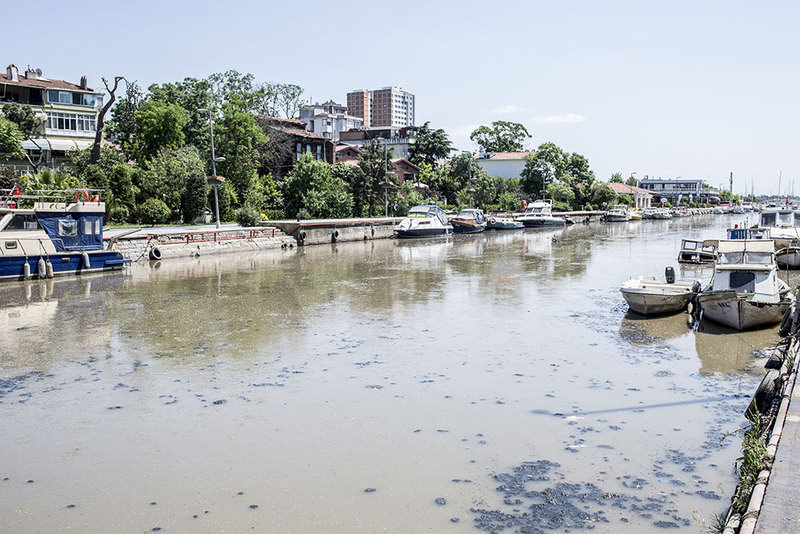 Due to the unfinished treatment works which started about three years ago, the 4-kilometer long stream is currently an open sewage line collecting almost half the sewage of Istanbul's Asian side. Especially during the summer, the smell around the stream is unbearable.

The petition said that the works in the stream is already in delay and no information has been given about the reason of delay. The petition also warned about the possible negative health effects of the pollution to public health and all living creatures, the most important one being dysentery.

The mouth of the stream, also known as Kalamış Cove, and the surrounding area is one of the most popular recreation areas in Istanbul, especially during summer. Kalamış Cove, which hosts a marina and several sailing clubs, is the most prominent water sports center in Istanbul.

The recent water quality study conducted by Kadıköy Municipality stated that the count of Escherichia coli bacterium, also known E coli, has exceeded the limit value of 200. In Kalamış Cove and at the mouth of the stream, this number increases to 2,300 and 25,000, whereas in Fenerbahçe Point and Moda Sea Club the count was reported as 310 and 1,200. Kadıköy Municipality has posted warnings in several locations on the seaside, warning people not to enter the sea.

The petition also asked Metropolitan Municipality to convert the collector facility located in Moda to a biological treatment plant to prevent further damage against nature in the Marmara Sea.

Kurbağalıdere, once a popular getaway spot, became polluted beginning from the 1970's due to rapid urbanization on the Asian side of Istanbul, which took place mostly in form of slums.