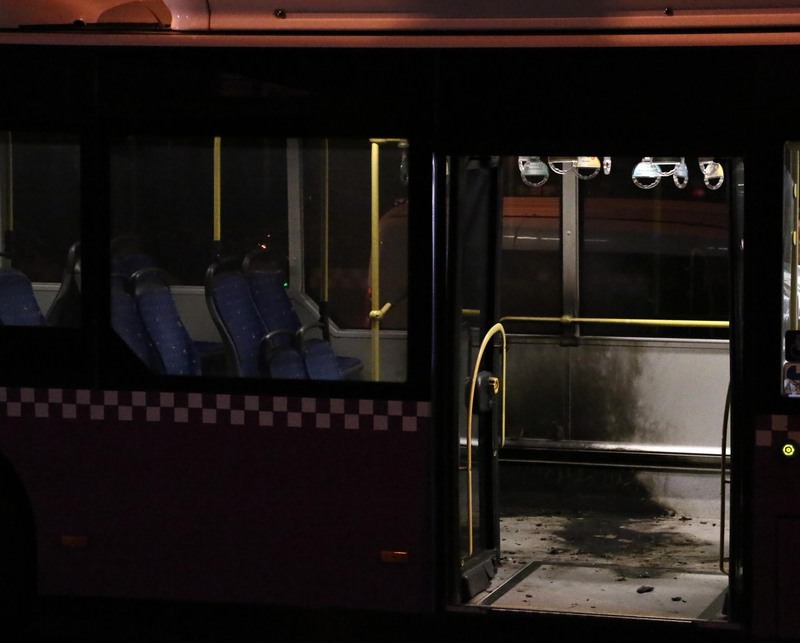 Three masked people stopped a bus loaded with passengers en route from Şişli to Yenikapı at around 9:00p.m. After forcing all passengers to get off the bus, the masked group threw molotovs into the vehicle and started to smash the windows.

The trio fled after leaving a box in front of the bus. Upon a report of a suspicious package by the bus driver and locals, police and bomb dismantling experts came to the scene immediately.

Empty bullet casings were found around the bus in the examinations, while the bus driver said that he had heard several gunshots during the attack.

The Piyalepaşa Street was closed to traffic and a package was found at to be harmless and full of newspaper clippings.
The bus was heavily damaged, however no injuries have been reported from the incident.

Security officials have taken extensive measures in the area and have commenced an investigation into the attack. The police are investigating whether the terrorist supporters have any links to the PKK or not.


The attackers are suspected to be a member of a group that has close ties with the PKK. The groups affiliated with the PKK carried out similar attacks in Istanbul before, killing civilians and damaging public and private property.