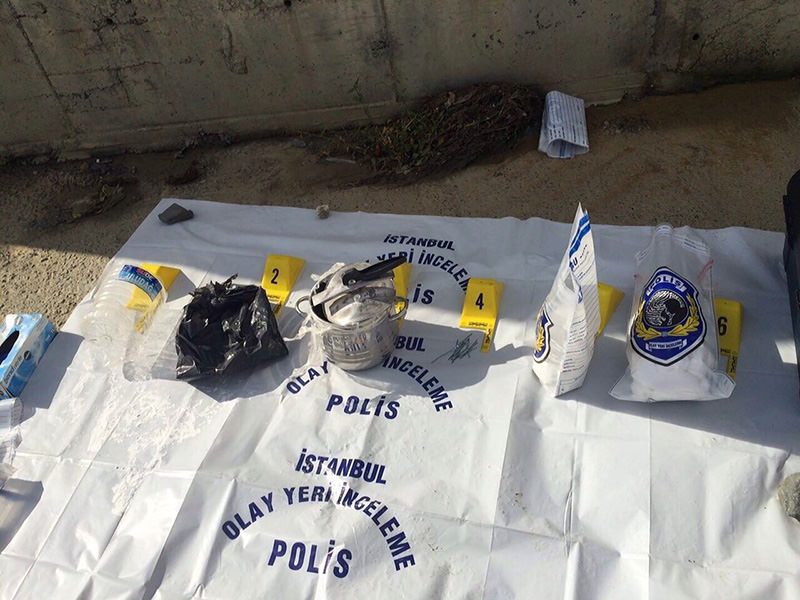 | u0130HA photo
by daily sabah
Oct 09, 2015 12:00 am
Istanbul police on Thursday have found 4.5 kilograms of handmade bomb placed in a pressure cooker, reportedly prepared by the PKK terrorist organization.

The police carried out raids on a house in the city's Başakşehir district, where they found a map with markings on specific locations. The police went to the designated location where they found a 4.5 kg handmade bomb placed in a pressure cooker, said to have been prepared by the PKK to be used in a "provocative action."

In a separate incident, it was alleged that a DHKP-C member who was detained Thursday in front of the Istanbul police headquarters on Vatan Street was planning to bomb the headquarters.

The Revolutionary People's Liberation Party-Front (DHKP-C) is an offshoot of a Marxist-Leninist movement that was established in the 1970s. The DHKP-C was founded in the 1990s after it splintered from a larger group of far-left organizations responsible for a string of attacks that include the assassination of two politicians in 1980, several intelligence officials and prominent businessman Özdemir Sabancı.