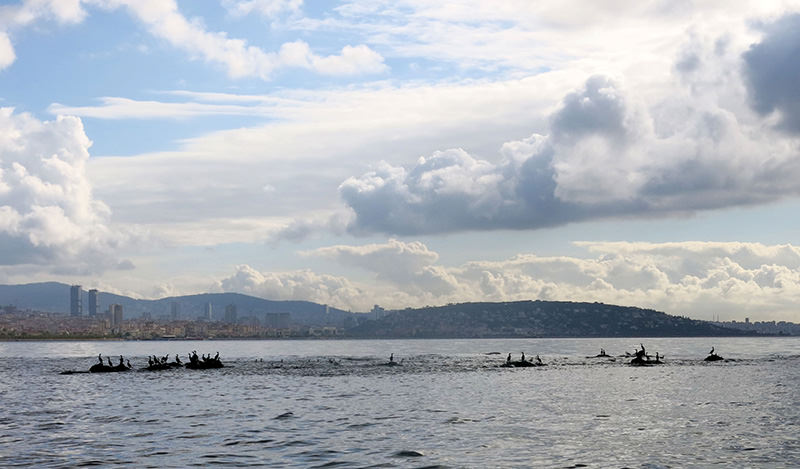 by Daily Sabah with Agencies
Oct 14, 2015 12:00 am
Another forgotten feature of Istanbul, dubbed as "the lost island" will soon be brought to light, as an expert team launched a diving expedition to a site that even most Istanbulites are unaware of.

The rocks of Vordonisi, located approximately 700 meters off the coast of Istanbul's Asian district of Maltepe, was explored by an expert diving team funded by the Maltepe Municipality on Tuesday.

The area, which was a part of Istanbul's Prince Islands and is known to have sunk during a massive earthquake in the year 1010, is the only archaeological diving site around Istanbul area.

Stating that the island was previously used as a monastery by the Byzantines, Maltepe Mayor Ali Kılıç said that they aim to transform the area for diving tourism. Kılıç also stated that the findings of the expedition will be used by scientist to have a better understanding of earthquakes in the region.

The diving team took pictures and videos from the rocks, and donated a presumably 100-year-old anchor to Mayor Kılıç.

The rocks were also known as "The Small Island" in Byzantine times and "Sunken Monastery Rocks" or "Bostancı Rocks" by Ottoman and Turkish sailors. There are five inhabited and four uninhabited islands off the Istanbul coast known as Prince Islands.
Last Update: Oct 14, 2015 7:12 pm