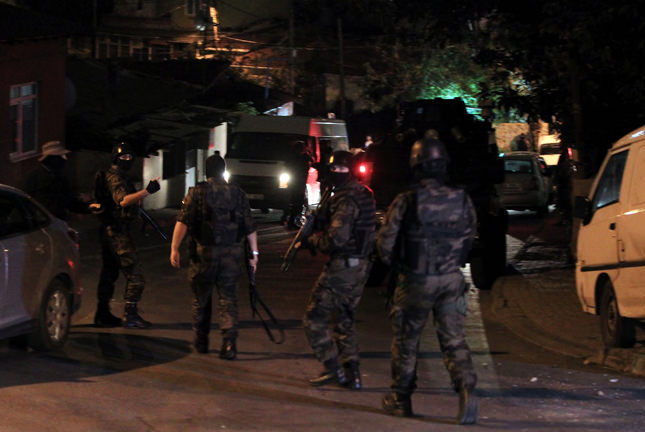 by Daily Sabah Oct 18, 2015 12:00 am
The Counter-terrorism branch of the Istanbul Police Department has conducted raids on 17 various locations linked to the ISIS terror organization in Istanbul leading to the detention of 50 suspects.

According to the state-run Anadolu Agency, all of the detained suspects planned to travel to Syria and Iraq to join ISIS.

An investigation into the deadly twin suicide bombings that killed over 100 and injured nearly 250 more people in Ankara continues, the suicide bombers are believed to have links with ISIS.