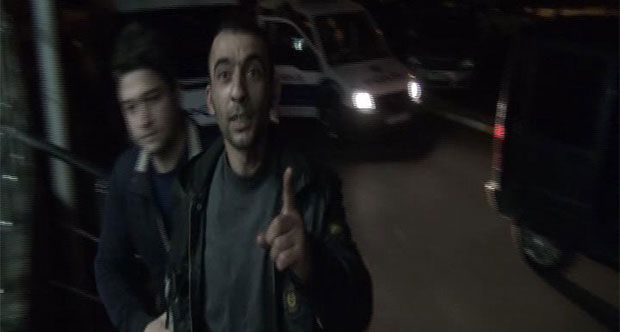 by daily sabah
Oct 19, 2015 12:00 am
Istanbul's Atatürk Airport, no stranger to attempts to break into the area to access the tarmac, was the scene of such an attack late Sunday, this time by a self-professed fan of pop icon Lady Gaga.

A 22-year-old man police identified only by his initials, S.M., and described as mentally unstable jumped over fences between the construction site for a new terminal building and the airport's tarmac. S.M. then started running on the tarmac just as two airplanes were approaching to land. As the planes circled above, ground staff at the airport notified police who then chased and captured him minutes later.

As he was whisked away to a police station, S.M. told reporters he liked the experience and dedicated it to Lady Gaga before he shouted, "I love you, Lady Gaga!" It is not known how the pop star known for her over-the-top antics would react to the stunt of the Turkish "little monster," but airport authorities will likely step up security measures at the site.

In August, a desperate Algerian citizen who missed a flight home had jumped onto the tarmac and chased after his airplane preparing to takeoff before security personnel subdued him.
Last Update: Oct 19, 2015 5:17 pm