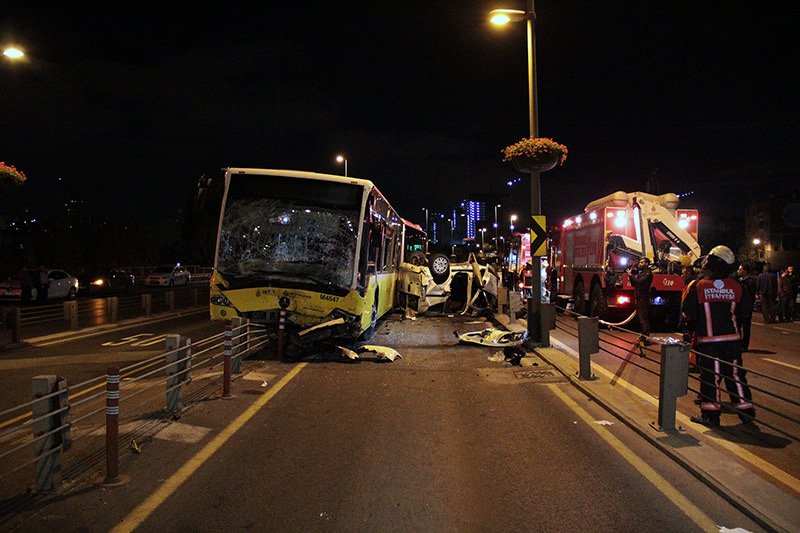 |IHA Photo
by daily sabah Oct 27, 2015 12:00 am
Five people lost their lives and five were injured when a car collided with a metrobus in Istanbul on Tuesday.

The incident occurred in Kadıköy district on the Asian side at 02:00 a.m., when the driver of the car, who was allegedly drunk, tried to escape police control and entered the road reserved for metrobusses.

Moments later the metrobus driver saw the car driving towards his direction and steered the bus to escape from colliding with the car, but in spite of the bus driver's efforts, the bus both crashed into the barriers and frontally collided with the car.

The two vehicles were dragged for approximately 10 meters after colliding. Five of the six passengers in the car died on the spot, while a female passenger was injured. The metrobus driver and three metrobus passengers were injured.