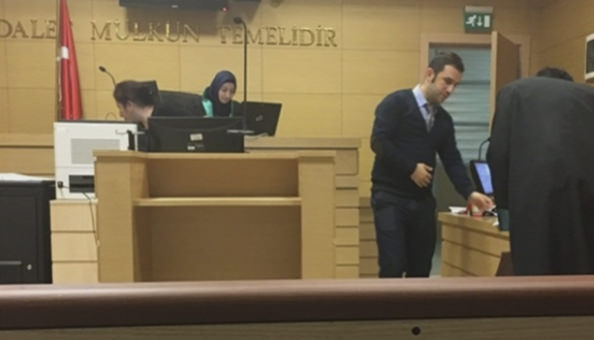 by daily sabah
Nov 03, 2015 12:00 am
A woman judge conducting a trial in the Istanbul 3rd Civil Court of Peace on Tuesday became the first judge sitting in a trial to wear a headscarf.

Although previously banned based on law, The High Council of Judges and Prosecutors (HSYK) had changed the regulation on June 1 to allow female judges wearing headscarves to conduct hearings.

Turkish women who wear headscarves have had a long struggle against laws that banned them from wearing headscarves in schools as students and in public institutions where they worked, despite the fact that a many of the women in Turkey wear a headscarf.

The ruling Justice and Development (AK) Party governments has addressed the headscarf ban issue to secure citizens' democratic rights as part of the reforms included in a democratization package. The reform package also included addressing a number of other rights and freedoms for Turkey's minorities, including ethnic and religious minorities, as well as the disabled citizens.