Istanbul police seize $3.5 million worth of cannabis in raid 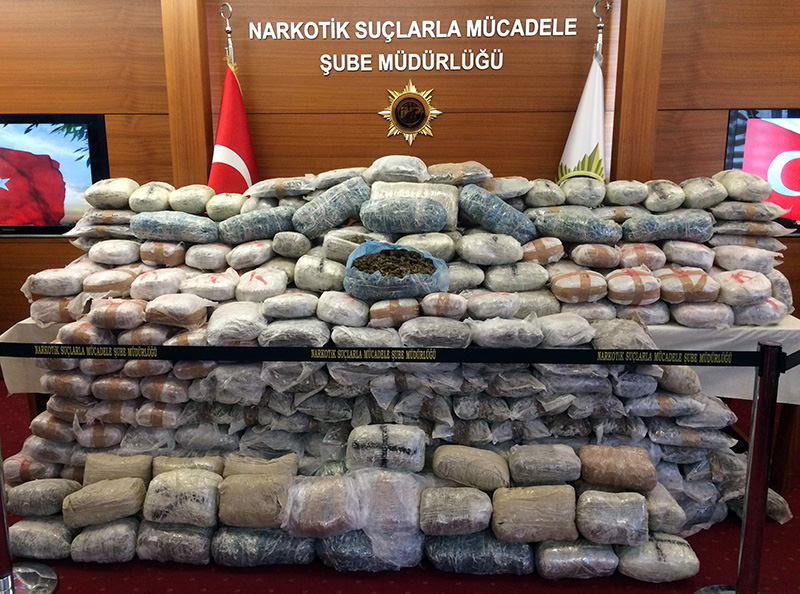 | IHA photo
by Anadolu Agency Dec 04, 2015 12:00 am
Istanbul police have seized almost $3.5 million worth of cannabis in an operation against a suspected international drug smuggling network on Friday.

The anti-narcotics unit raided four addresses simultaneously in the city's Avcılar, Bakırköy and Bayrampaşa districts on the European side, making seven arrests.

Intelligence suggested that a smuggling network was running illegal drugs through Kosovo and Albania, according to police sources.

More than 350 kilograms of extra-strong cannabis dubbed "skunk" were seized.

Police added that the cash amounts totaling TL 11,000 and TL 16,600, as well as two cars allegedly bought with drug money were also seized.

Five of the seven suspects remained in custody while the remaining two were released, said police.

In November this year, Istanbul police seized more than 50 kilograms of another dangerous street drug dubbed "bonsai" as well as over 2,000 grams of hashish and an amount of cocaine, together with equipment used to prepare illegal drugs.