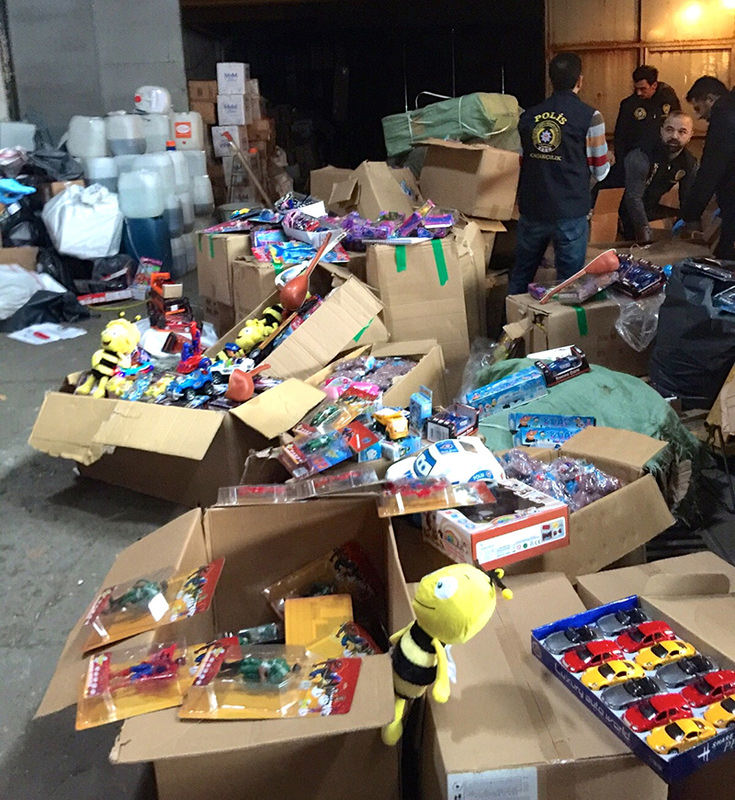 by Daily Sabah Dec 09, 2015 12:00 am
Istanbul police seized three million toy items on Wednesday claimed to be illegally imported from China in an operation conducted in the Esenyurt district.

The toys are presumed to have approximately a market value of 15 million Turkish liras ($5.15 million).

Police units detained the owner of the warehouse that the toys were being stored, while the people involved in importing and marketing of the toys are also being sought.

The toys are suspected to be made of chemical products hazardous for children's health and including carcinogenic materials; however, definite results will surface after laboratory tests.
Last Update: Dec 09, 2015 3:21 pm
RELATED TOPICS