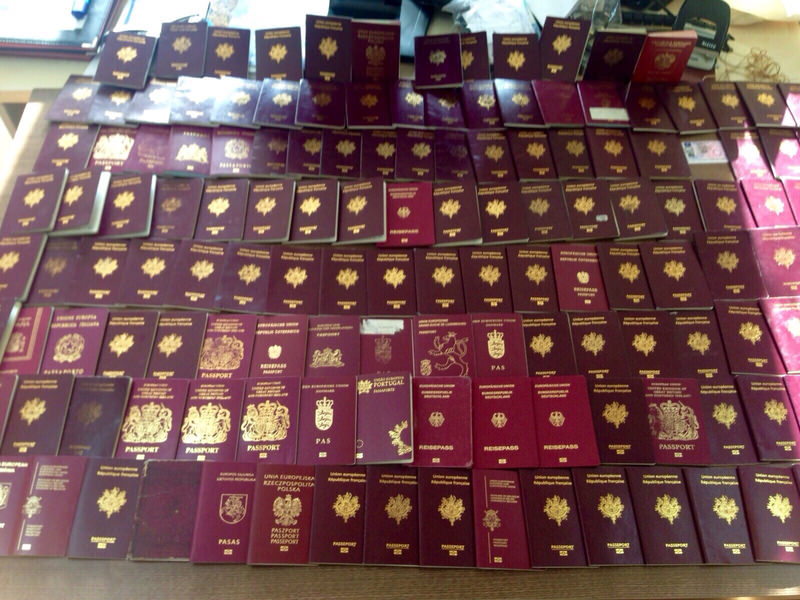 Upon receiving intelligence that Syrian national Ahmad A., 58 and Bahri Ö., 54, had arrived in Istanbul, anti-terror units carried out an operation at around 3 p.m. in the airport.

The two suspects were stopped by anti-terror units in the international arrivals terminal and in the initial search two hidden cameras disguised as pens, 10 sim cards belonging to GSM operators in both Turkey and European countries and several memory cards were found on the suspects.

The two detained suspects were taken to Haseki Training and Research Hospital for health checks before being taken to the anti-terrorism branch office on Vatan Street for interrogation.


Police who had been watching the suspects for quite a while also found out that the suspects had travelled to the engagement areas in Syria many times .

Earlier today [Thursday] seven Daesh-linked suspects, who were trying to cross into Syria via the Turkish border were captured by security officers in southern Gaziantep province.

In another incident in the same province, security officers captured three foreign-nationals as they attempted to cross into Syria over the Turkish border. The perpetrators were delivered to a gendarmerie commandership in Gaziantep, and it was reported that they were crossing the border to join Daesh.