No trees, no wedding, eco-friendly mayor in Istanbul declares 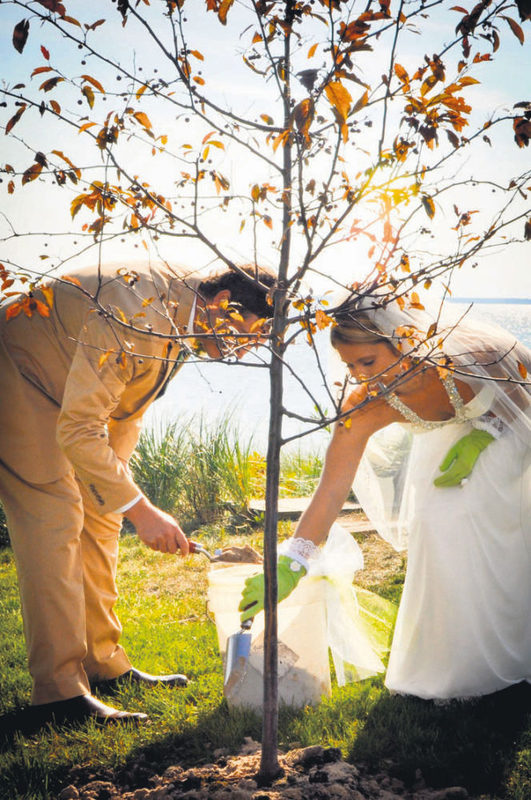 by Daily Sabah with IHA Dec 23, 2015 12:00 am
The mayor of an Istanbul district launched an ambitious plan to make people more conscious of the environment. Hasan Akgün will refuse to issue a marriage license to couples who do not plant at least one tree in Büyükçekmece, a quiet seaside district sandwiched between a lake and the Marmara Sea.

Büyükçekmece already stands out among the concrete jungle of Istanbul with more than 503,000 square meters of green spaces but it strives to do more to attract visitors to the far-flung district on the European side of the city. As head of the municipality, Akgün has sole authority in licensing the marriages. As such, he refuses to wed residents who are not taking part in his forestation campaign titled, "Family Forests." Would-be couples will be required to obtain documents proving they planted a tree in the planned forest before they can wed. The municipality plans to cultivate a forest with at least 1,000 trees on a wide stretch of land by the sea.

Turkey is already mobilizing to increase the amount of forests in the country, which faces the threat of desertification due to climate change and other factors. An area covering 2.4 million hectares has already been planted with trees and areas with decayed forests have been rehabilitated in the recent years.

In the face of rapid urbanization, Istanbul struggles to recover its green areas, and the city's municipality boasts increasing green spaces in the city by 71 percent in the past decade. Nearly 21 million square meters of parks, groves and other green areas spread through the city's Asian and European sides. Parks, especially those in heavily populated districts, offer a respite from the crowded city for residents who are unable to leave for weekend getaways to nearby greener towns.
RELATED TOPICS