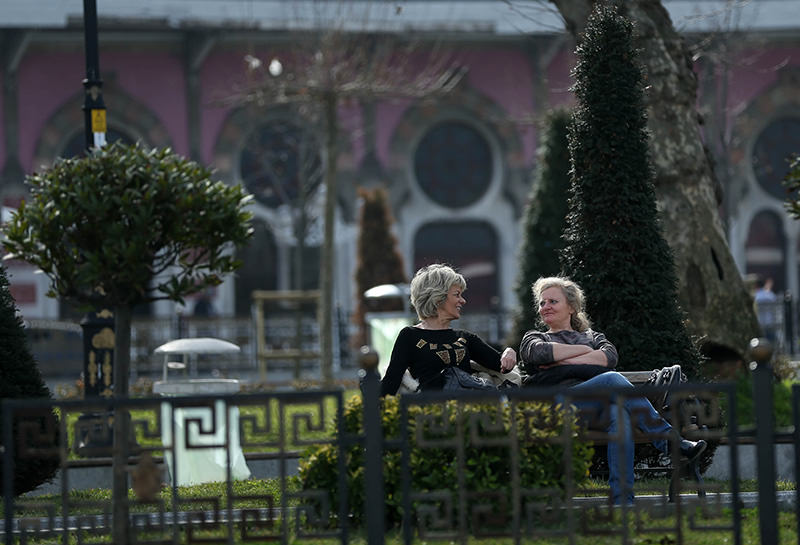 by Daily Sabah with Agencies Feb 16, 2016 12:00 am
As thermometers reached up to 26 degrees Celsius (78 °F) in Istanbul with a sudden increase in temperature, Monday and Tuesday were recorded as hottest days in February.

The last record temperature was observed with 23.2 degrees Celsius in February 2010.

The average temperature was 24 to 25 degrees Celsius in most districts of Istanbul, while thermometers briefly showed 26 degrees in Sancaktepe district.

Usually originating from the Mediterranean or North Africa, winds blowing from the southwest dramatically effected the increase of temperatures.