No major earthquake for Istanbul is projected until at least 2150: Prof. Ercan 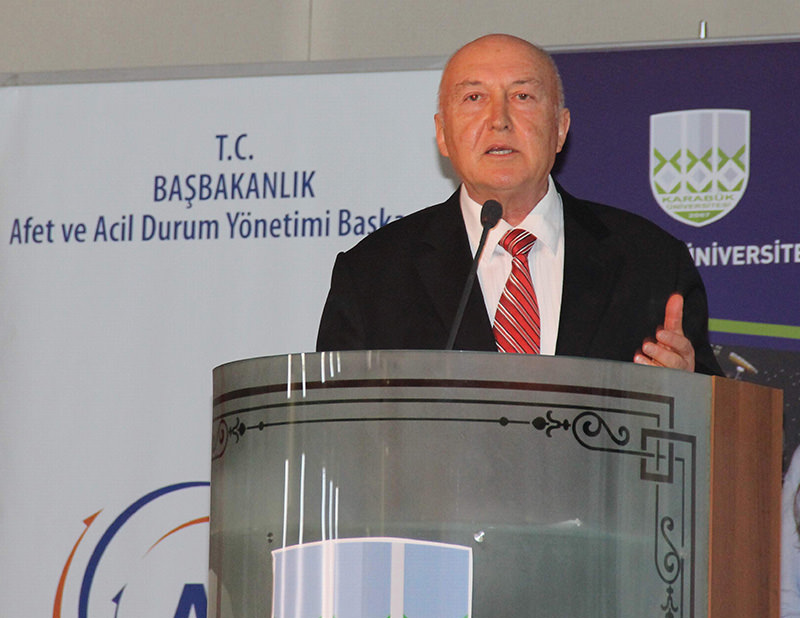 by Compiled from Wire Services Mar 03, 2016 12:00 am
Professor Ahmet Övgün Ercan, a prominent geophysicist, reassured residents of Istanbul anticipating the next big earthquake after 1999, saying no major earthquake for Turkey's most populated city is projected until at least 2150.

Ercan spoke at a symposium for disaster preparedness on Wednesday, during Earthquake Awareness Week, talking about how Turkey sits on multiple active fault lines.

Istanbul, Turkey's most densely populated city with over 14 million people, is situated near an active fault line. The 1999 earthquake, which claimed more than 18,000 lives around Istanbul and the Marmara region, killed 300 people in Avcılar, a seaside district on the city's European side.

Professor Ercan said the Marmara region, where Istanbul and several industrial hubs are situated, is anticipating its 17th major earthquake in recorded history, but current projections showed 2045 as the earliest date for an earthquake to be expected in the city. He noted that this was the most pessimistic projection, and it may take as long as 2075, "even 2150."

He said Turkey was not on "a first-degree earthquake zone" and has not experienced an earthquake with a magnitude greater than 7.9 on the Richter scale, adding that even if an earthquake did hit Istanbul, it would only affect a small area along the coast. "Istanbul does not have any fault line, and I guarantee you there won't be a 'Great Istanbul Earthquake' as claimed. A single continuous crack in the fault line is out of question," he said, referring to claims that a single crack would lead to the big one. He said they estimated an earthquake of a magnitude of 7.2 at most, lower than the 1999 earthquake.

In 2014, American and Turkish scientists announced that the epicenter of the next devastating earthquake in Istanbul would be near the Princes' Islands, an archipelago off the city's southern coast. A study by scientists from the Massachusetts Institute of Technology (MIT) and Istanbul's Kandilli Observatory and Earthquake Research Institute has found that the epicenter of the next big earthquake to rock the city would be some eight kilometers away from Istanbul's southern coast, in a seismic gap near the Princes' Islands.

Turkey sits on 485 active fault lines that may lead to magnitude 5.5 earthquakes and above, according to a report by the state-run General Directorate of Mineral Research and Exploration (MTA). Following the 1999 earthquake, which devastated the country's northwestern cities in one of the worst earthquakes in recent memory, Turkey has sought ways to increase survival rates in potential future disasters.

Fuat Oktay, the president of the state-run Disaster and Emergency Management Authority (AFAD) says that 95 percent of the population lives in areas prone to earthquakes, and that more than 75 percent of large industrial sites were in the country's notorious "earthquake belt."

The 1999 earthquake forced Turkey to revise its measures against earthquakes. The county has seen an overhaul of measures against earthquakes, such as compulsory earthquake insurance and campaigns to raise awareness about the disaster to inform the public. More importantly, the new government undertook an ambitious project of urban transformation. The old, crumbling buildings across the country are being demolished in order to accommodate new earthquake-proof buildings.

The measures are now more or less in place, but the country is still prone to major earthquake risks. Experts warn that about 30,000 buildings in Istanbul will be either heavily damaged or completely demolished in the case of the "great Marmara earthquake."
Last Update: Mar 03, 2016 3:57 pm
RELATED TOPICS