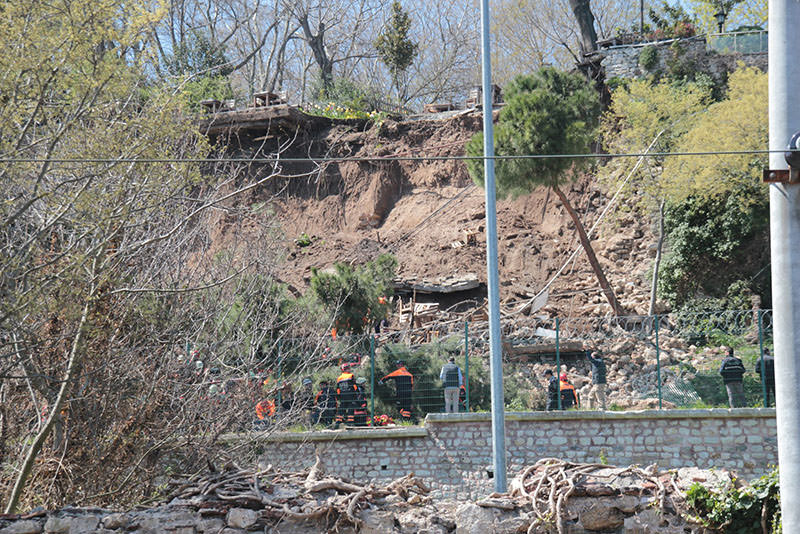 Rescue teams have recovered dead bodies of two victims after they were trapped under rubble when a café wall at the historical Gülhane Park in Istanbul's Eminönü district collapsed on Monday following a small landslide.

Ambulances and fire teams were immediately dispatched to the scene of the incident.

Gülhane Park ("house of flowers" in Turkish) is a historical urban park in the Eminönü district of Istanbul.

The park is located adjacent to and on the grounds of the Topkapı Palace. It is the oldest and one of the most expansive public parks in Istanbul.