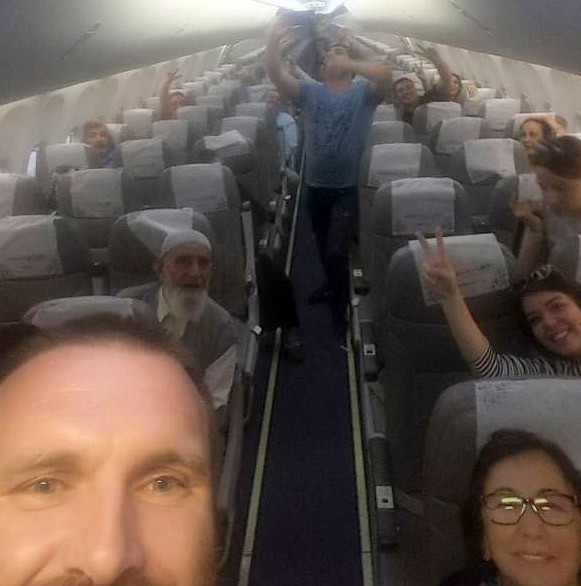 Passengers on an Anadolu Jet Airline flight refused to disembark from the plane and demanded to be taken to their original destination of Istanbul's Sabiha Gökçen airport, after the flight diverted to another airport in the city due to rainy weather.

The flight which took off from Adana province to Istanbul on Friday with 183 people on board was forced to divert from its initial destination of Sabiha Gökçen Airport, located on the Asian side of Istanbul, and instead land at the city's Atatürk airport on the European side to avoid cumulonimbus clouds and localized rain.

After the plane safely landed at Atatürk airport, 159 of the passengers left the aircraft, but the remaining 24 discontent travelers insisted on not leaving the plane, demanding that the aircraft take them to Sabiha Gökçen airport.

The angry travelers stayed on board despite three hours of endeavors of the crew and police officers. The airline eventually accepted the passengers' demand and took them to their original destination to end the standoff.

The 24 passengers then took a selfie as a sign of their 'victory', which was later shared on social media.