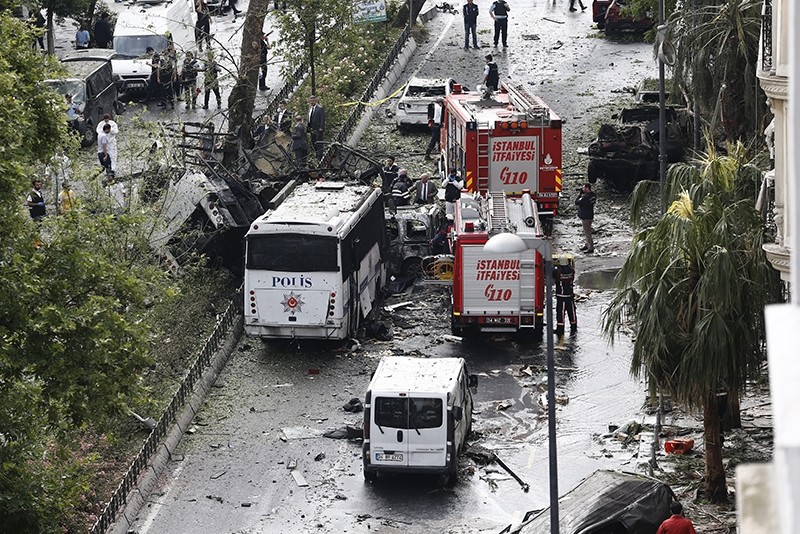 A PKK splinter group, the Kurdistan Freedom Hawks (TAK), has claimed responsibility for a bombing on Tuesday morning in Vezneciler in Istanbul which killed six police officers and five civilians.

An explosion hit the city's Fatih district at Vezneciler metro station close to Istanbul University at approximately 8:30 am on Tuesday morning as a riot police shuttle bus was passing, killing 11 people in total and injuring at least 42 others.

A number of gunshots were reportedly heard after the explosion in Istanbul's Beyazıt district, but it has not been confirmed whether there was a clash or not.

The splinter group has previously claimed responsibility for an attack in Ankara which killed 35 civilians in the capital on March 13, and a Bursa suicide bombing that injured 13 in early May.

TAK also claimed responsibility for another car bombing in the capital that occurred in February and killed 29 people. Security officials have dismissed the claims and said the bombing was carried out by the PKK's Syrian offshoot, the Democratic Union Party's (PYD) armed branch the People's Protection Units (YPG).

Turkey considers the PYD-YPG as a terrorist organization. The group is largely accepted as the Syrian wing of the PKK, which is recognized as a terror organization by the U.S., the European Union and NATO.

Even though the group claims responsibility the recent deadly attacks, the PKK is believed to be the mastermind behind the plans.