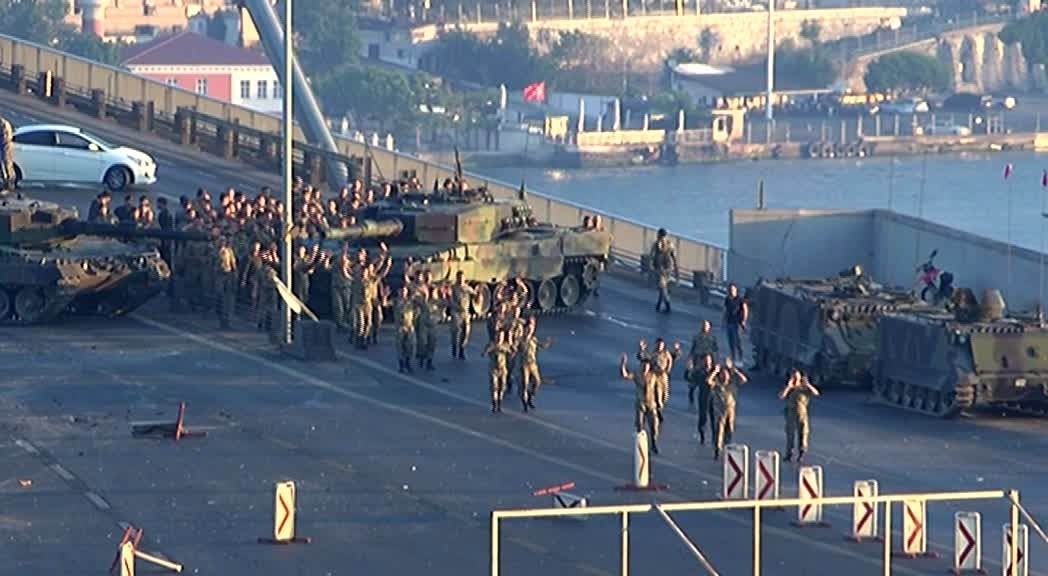 Approximately 50 soldiers backing the coup against the Turkish government on Saturday surrendered on the Bosporus Bridge in Istanbul that they had held throughout the night, television pictures showed.

The soldiers, dressed in full camouflage, walked out from behind their tank holding their hands above their heads, while television stations were in live broadcast. The state-run Anadolu news agency said 50 soldiers were arrested.

Parliamentary Speaker Ismail Kahraman early Saturday said that 1374 pro-coup figures have been detained across Turkey during an emergency meeting at the parliament.

Pictures showed supporters of President Recep Tayyip Erdoğan jubilantly jumping onto one of the tanks left behind by the departing soldiers, cheering, making victory signs and waving the Turkish flag.

Others sought to run across the bridge that had been closed all night, kicking the helmets and protective gear left behind by the rebel soldiers as they passed.

The bridge was one of the first locations secured by pro-coup troops during the initial stages of the coup.