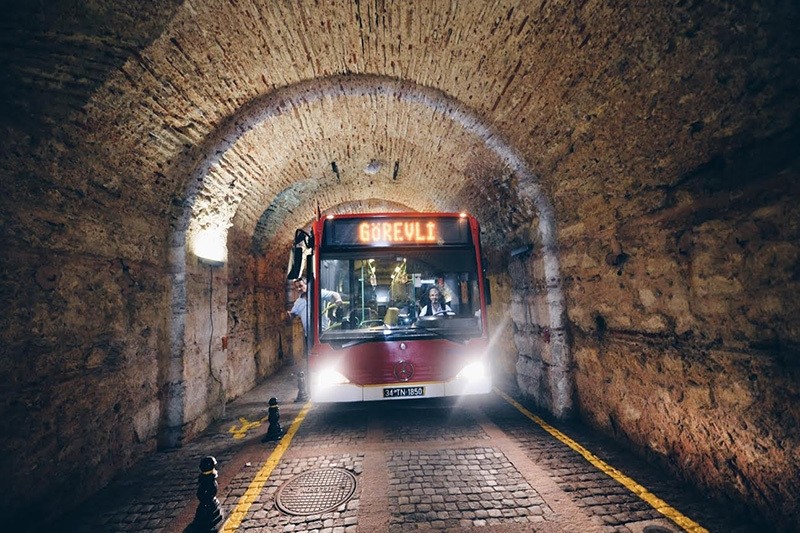 An Ottoman-era tunnel which was used as an art gallery until recently will be reopened for vehicle use on Istanbul's Asian district to relieve the city's notorious traffic congestion.

The Beylerbeyi tunnel near the eponymous Ottoman palace built in the 19th century has been closed to traffic since the 1970s and occasionally served as a gallery on the shoreline facing the Bosporus. As the 230-meter tunnel is too narrow to accommodate two lanes of traffic, local authorities have indicated it will open to one-way traffic in each direction during the morning and evening rush hour.

The tunnel will shorten the more than one-hour travel time for commuters on the Üsküdar-Beylerbeyi-Çengelköy route to just fifteen minutes, a significantly shorter drive time in a city that is known for having the worst traffic in the world. The route along the Bosporus between these districts is heavily congested by Istanbulites and tourists for leisure and entertainment activities.

Authorities said the tunnel has not undergone sort of reconstruction that could harm its original structure, save for the appropriate traffic signs being erected inside the tunnel.

The Beylerbeyi tunnel, which was built along with the palace between 1829 and 1832 during the reign of Ottoman Sultan Mahmud II to provide connection between the palace and its gardens, sits under the gardens of the late Ottoman-era Dolmabahçe Palace which overlooks the Bosporus. The tunnel once served as a passage that connected the district of Üsküdar to Beylerbeyi before it was closed in the 1970s.