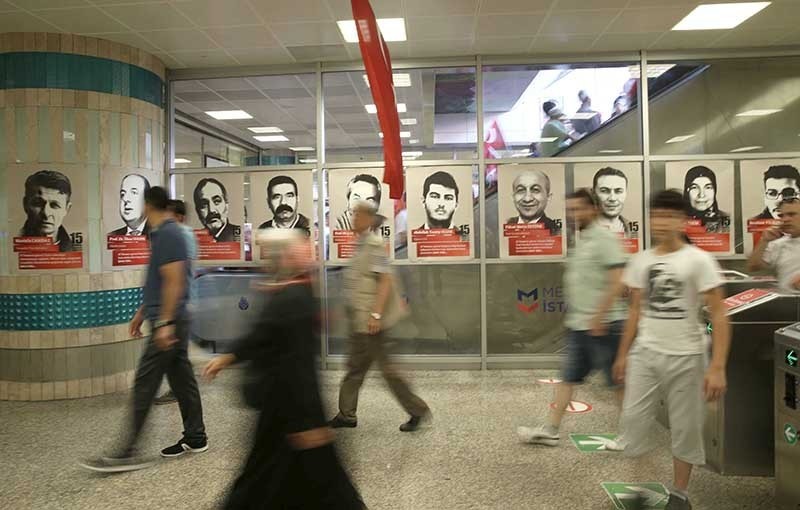 The walls of the Yenikapı Metro Station were dotted with the photographs of those who died during the July 15 coup attempt, ahead of a grand democracy rally on Sunday.

Two-hundred and forty-seven people died across the country, victims of military officers linked to the Gülenist Terror Organization (FETÖ).

The government has already issued a directive announcing that the families of those who died will be receiving the benefits of martyrs. Many thousands who were injured during the coup attempt will also receive benefits. Millions who attended Sunday's rally were able to see the photos of the martyrs, with many finding it hard to hold back tears.

The July 15 coup attempt was foiled when tens of thousands of people took to the streets to defend Turkey's democratically elected government. The events left at least 239 martyrs, and nearly 2,200 injuries.

The Turkish government has said the coup was organized by followers of U.S.-based Fetullah Gülen and the Gülenist Terrorist Organization (FETÖ).