Istanbul's democracy rally as covered in US media 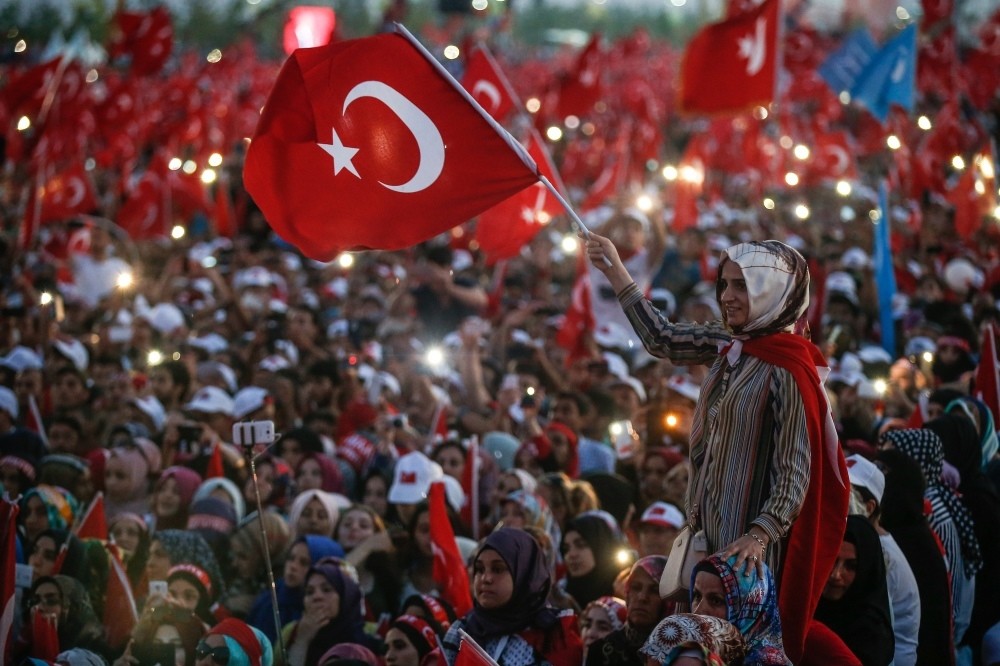 by Daily Sabah Aug 09, 2016 12:00 am
The Democracy and Martyrs Rally against the failed coup, held in Istanbul on Sunday, was broadly covered by media in the U.S.

Sharing video footage and twenty photos of the gathering, AP described the rally "a sea of red and white," referring to the colors of Turkish flag. The article added that the rally represented Turkish unity and brought together different political parties and religious leaders.

With reference to President Recep Tayyip Erdoğan, Reuters news wire ran an article with the headline "Turkey's Erdogan stages mass rally in show of strength after coup attempt," with the body focusing on post-coup investigations and suspensions of members of the Gülenist Terror Organization (FETÖ) led by Fethullah Gülen.

The Wall Street Journal described the meeting as a "remarkable rally" and ran an article with the headline "Turks Mass in Rally to Celebrate Thwarted Coup Attempt."

The above three media outlets quoted Erdoğan as well as stating that more than one million people were present, although the Turkish authorities put the number at close to five million.

A best-selling American newspaper USA Today used the headline "Massive crowd rallies for democracy in Turkey," and ran quotes from Erdoğan as reported by Anadolu Agency.

While several U.S. mainstream media outlets covered the event, the news channel CNN, which covered the 2013 anti-government Gezi Park protests with an eight-hour live special broadcast, did not publish any story about the rally on its website.