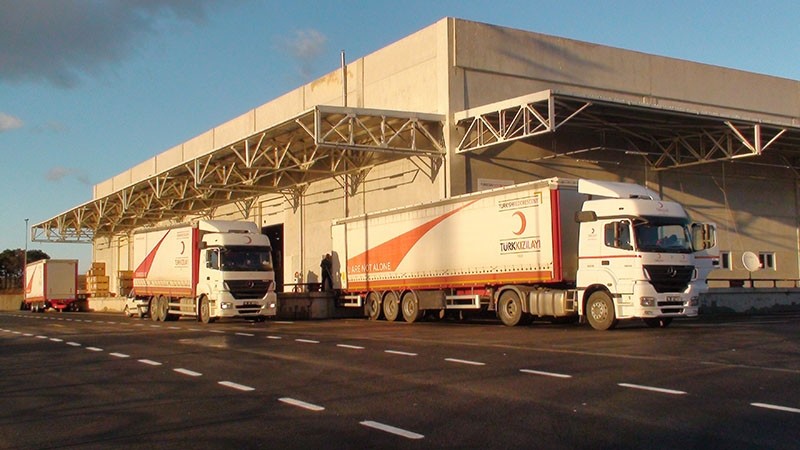 Speaking to the press, Red Crescent's Director General Mehmet Güllüoğlu said doctors in Syria were "especially" contacted to know what is needed, and communication with Syrian doctors and non-governmental organizations were continuing.

"The medicines reached the hospitals where the wounded are [under treatment]. In the first place, we sent two trucks of medical equipment. Medicaments which will reduce the impact of the [chemical] bomb and toxic gas were dispatched," he said.

Güllüoğlu also reiterated that the findings of the World Health Organization (WHO) confirmed the use of chemical weapons in the northwestern Syrian province.

"This war needs a political solution. Otherwise, as humanitarian organizations, even if we do our best and raise billions of funds we cannot bring back people who were killed." he said.

Early Tuesday, more than 100 civilians were killed and 500 others -- mostly children -- were injured in the attack allegedly carried out by Assad regime warplanes in the town of Khan Shaykhun, Idlib province, according to the Syrian opposition government's Health Minister Firas Jundi.

The Syrian regime, for its part, has denied allegations that it targeted the area with chemical weapons.

Last year, a UN-appointed investigation panel found that chemical weapons were mainly used by regime forces in 2014 and 2015. No punitive measures were taken, however.