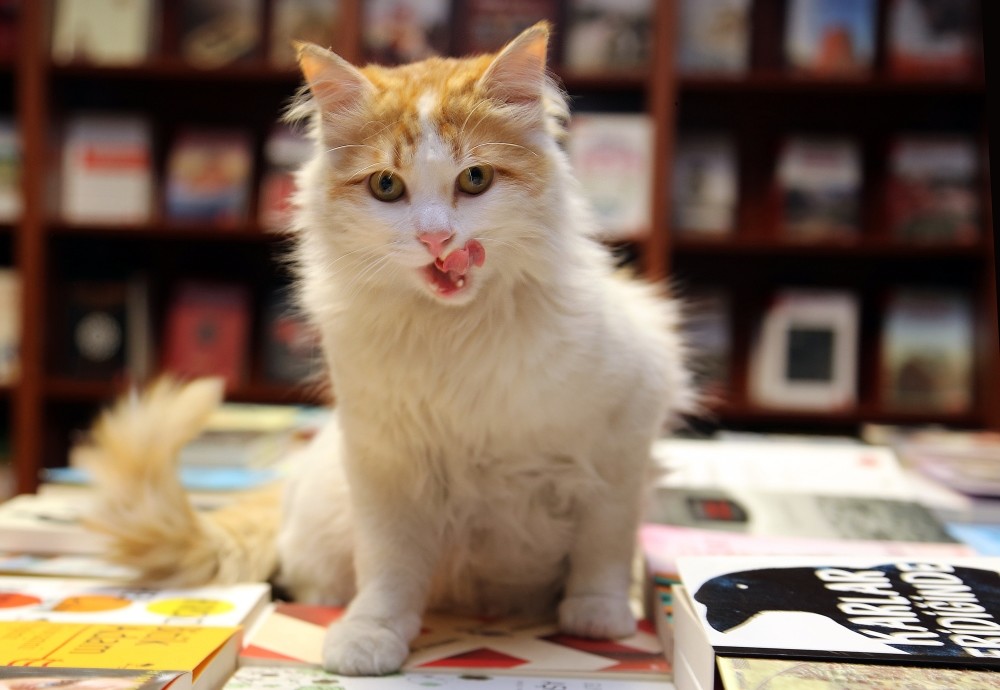 A cat from al-Bab, Syria, that was found by a Turkish soldier during Operation Euphrates Shield last month, arrived at its new home in Istanbul on Friday.

The soldier, senior sergeant Ömer Özkan, first sent the cat, which he named "Peace," to an animal shelter in Gaziantep for treatment and care.

Once Haluk Hepkon, the owner of Kırmızı Kedi (Red Cat) Publications, heard of Peace's story, he volunteered to adopt it.

Hepkon said that the story of a soldier in the middle of armed clashes finding time to rescue a cat was worth treasuring, adding, "However, he couldn't properly care for the cat in those conditions, so sent it to an animal shelter. I was upset that such a story ended like that. So, we decided the story should have a happier ending."

It was no coincidence that the company named after a cat would adopt such a cat with such a dramatic story, he said.

"His will to live is very important for us. We believe he will guide us. As people who live in the Middle East, we are not too foreign to what he went through. All of us are trying to live our lives despite constant the fear and violence around us. The day Peace came here, the U.S. bombed Syria. We said, 'Peace came to Red Cat Publications' and we hope one day it will arrive in Syria and the rest of the Middle East."