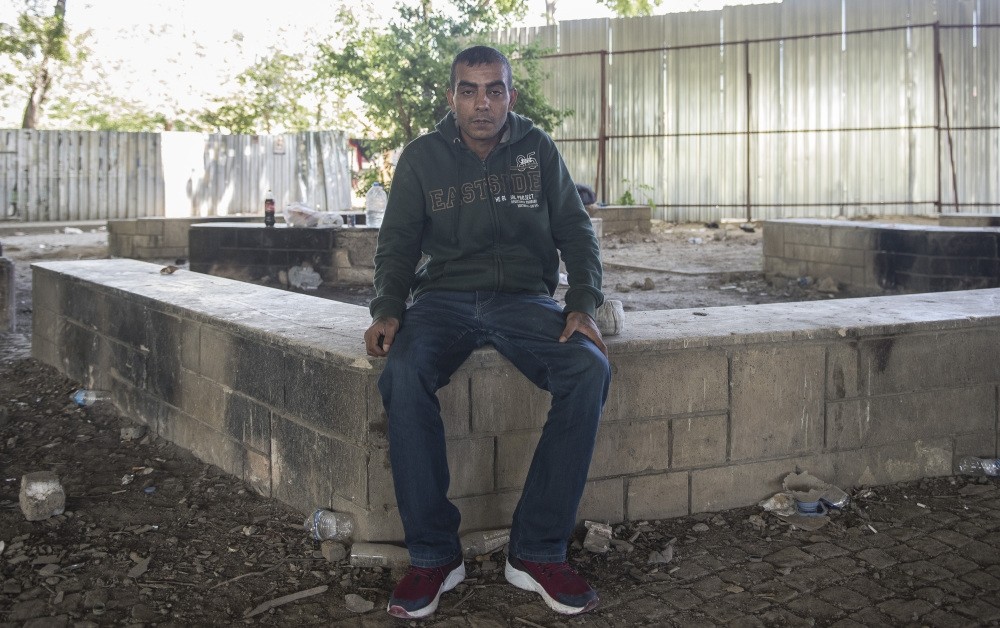 Barış Alkan, a drug addict, calls the streets his home and a court in Istanbul took this literally and to his frustration, sentenced him to "house arrest." The Alkan, 31, now spends his days in an empty space, half the size of a stadium, and will be arrested for violation if he steps out of this space.

Alkan, who mostly sleeps under a bridge near Söğütlüçeşme, a busy transportation hub on Istanbul's Asian side, was detained in April for the use and sale of illegal drugs. The court did not rule for his arrest but instead decided to place him under judiciary control. "Judiciary control" meant that he would be obliged not to leave his place of residence - and this place of residence was apparently the area where he spends most of his time.

Alkan's lawyer Oktay Özer called it "an unprecented case," and pleaded that his client had no home, the court refused to change the verdict.

"Despite the fact that I made appeals both verbally and in writing, our requests were denied," Özer said, adding, "My defendant lives on the streets without a roof over his head, but he was sentenced to house arrest. How can this sentence be implemented?"

Alkan now hangs out with his homeless friends in the area surrounded by metal plates and has no contact with the outside world as the court also ordered that his cellphone be confiscated.

"If I step out of here and the police see me outside, they can arrest me," a frustrated Alkan said, adding that he has little chance to avoid officers in case of a possible violation as the area is often patrolled.

His lawyer called it "an unprecented case" and his repeated objections were declined by the court.