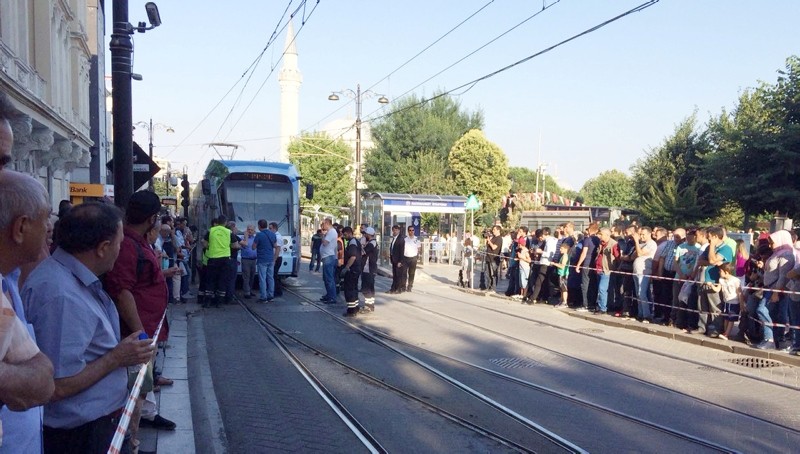 A tram derailed Sunday at a station at Istanbul's Sultanahmet Square, bringing transport service in the popular tourist area to a temporary halt.

No passengers or bystanders were killed or injured in the incident. Passengers were evacuated from the tram.

Emergency responders quickly arrived at the scene. The tram was returned to the rails by backing up.

Transportation authorities are testing the railway with an empty tram to ensure its safety for passenger traffic. After the tests are complete, the tramway will begin transporting passengers again.