Horses in limbo after quarantine bars entry to Istanbul islands 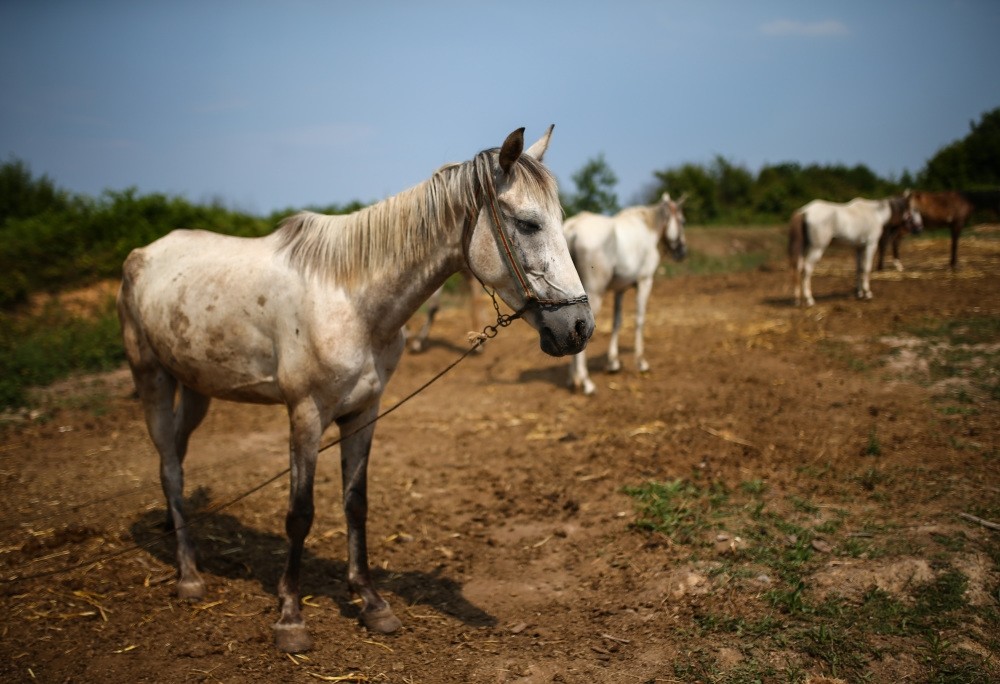 Horses are left waiting in high temperatures in an empty field without shelter.
by daily sabah
Jul 24, 2018 12:00 am

Some 220 horses that were originally brought to Turkey to be used as carriage horses at Istanbul's Princes' Islands now suffer under the scorching Istanbul sun after they were barred entry to the islands due to a quarantine.

Though the owners have claimed the horses are healthy, the animals now face an uncertain future. They have been kept in an empty piece of land in Istanbul's Beykoz district for two months now. Many have grown weak due to a lack of food, and the owners have resorted to injecting them with vitamins to ensure survival.

Abuse of carriage horses in Princes' Islands have been a source of contention in Turkey. Animal rights activists protested the issue before President Recep Tayyip Erdoğan announced in June that the situation will be fixed. Activists claim that dozens of horses die every year on the islands after being forced to carry heavy loads for long hours without any break. They claim that most of the horses brought to the islands are either old, crippled race or utility horses. They have proposed the use of electric or motor carriages to replace the horses. President Erdoğan has said that they took "necessary steps" after seeing "images of abused horses." "We are working to free them from their reins. We will take a very different approach in [amending] Law 5119," he said, referring to a law on animal protection.

Okan Oflaz, who heads a non-profit group against the abuse of animals of burden, said some 500 horses were brought to Istanbul from other cities to be used as carriage horses in the past two months and only 209 were allowed into Büyükada, the largest of the Princes' Islands. "These animals have been here for two months - under the sun, with little food and water. There must be an end to this and whoever is responsible for this situation should be held accountable," he said. He reminded Erdoğan's remarks and said that they were expecting an immediate response to clarify the status of these horses.