Once one of the world's worst, traffic congestion drops in Istanbul 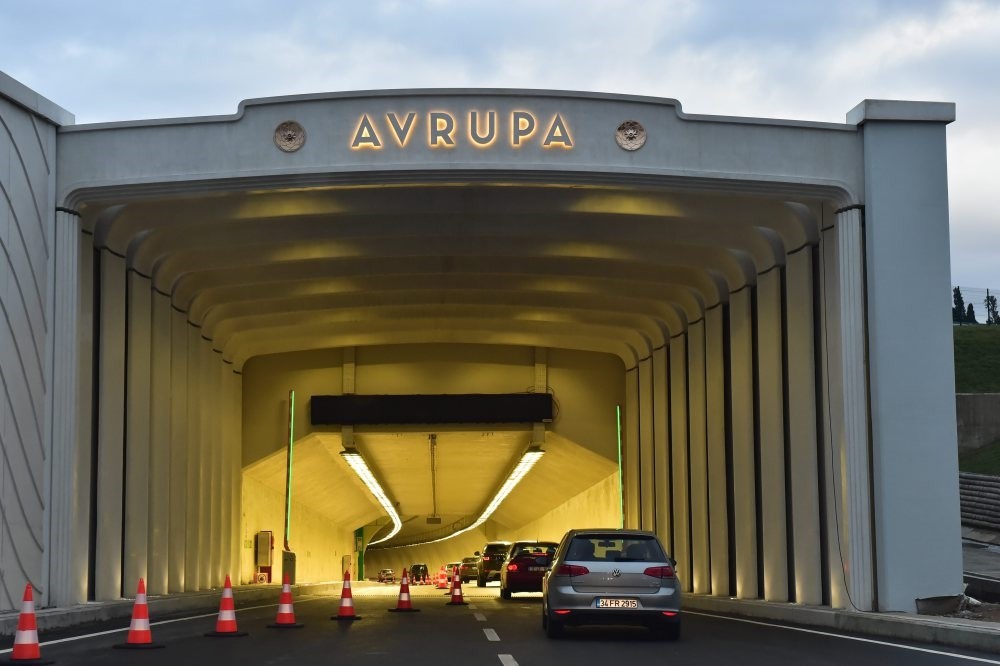 The Eurasia Tunnel that links Istanbul's Asian and European side underwater is credited for easing traffic congestion.
by Daily Sabah Sep 25, 2018 12:00 am

Getting around Istanbul, Turkey's most populated city with more than 15 million inhabitants, can test your patience, especially during rush hour. Notorious for its massive volume of traffic, the city has seen a 17 percent drop in traffic jams thanks to a set of preventative measures.

Data collected by TomTom, a leading company for electronic navigation and mapping products, shows congestion levels dropped to 49 percent in 2016 from 62 percent in 2013. Likewise, a report by Inrix, a U.S.-based company specializing in transportation data, shows the city dropped three ranks on a list of cities with the most traffic congestion, to 20th place, with less hours spent in traffic.

Mustafa Sünnetçi, deputy director of Istanbul Municipality's transportation authority, said there was a 17 percent drop in congestion according to data from sensors installed across the city to measure traffic levels. Speaking to Anadolu Agency (AA), Sünnetçi linked the decrease to a series of measures like smart transportation systems and what the government dubbed "megaprojects" in road infrastructure. "These investments in transportation led to a decline in traffic despite the growing population and rising number of motor vehicles," Sünnetçi said.

Istanbul has the largest number of motor vehicles compared to other cities in Turkey, at more than 4.1 million. The city has attracted millions seeking better lives for centuries, leading to steady growth and leaving authorities searching for ways to encourage relocation, such as free transportation for families leaving the city for their hometowns permanently.

Authorities have also tried to expand the mass transit network, but residents frustrated by overcrowded buses still prefer driving to work. Sünnetçi says the city sees about a 1.65 percent population increase every year and about a 4.5 percent rise in the number of motor vehicles yearly. "We have witnessed some relief in the traffic thanks to the work by the government and our municipality," he said, citing new roads and intersections built in the city and smart systems to supervise the mass transit network. "We are ahead of New York City, San Francisco, London and Paris in terms of easing congestion," he added.

The Eurasia Tunnel and Yavuz Sultan Selim Bridge are among the major projects helping to relieve congestion. Both were opened in 2016 and helped bring down travel times on two major routes, the D-100 and TEM highways straddling the city's European and Asian sides divided by the Bosporus. The Eurasia Tunnel links Kazlıçeşme on the European side with Göztepe on the Asian side and is the city's only underwater tunnel for cars. The two-story tunnel reduces travel time in busy hours from 100 minutes to only 15 minutes. On the other hand, Yavuz Sultan Selim is the third bridge over the Bosporus. It looks to relieve Istanbul's traffic from the impact of trucks and other heavy vehicles as authorities have redirected truck traffic to the eight-lane bridge north of the city.