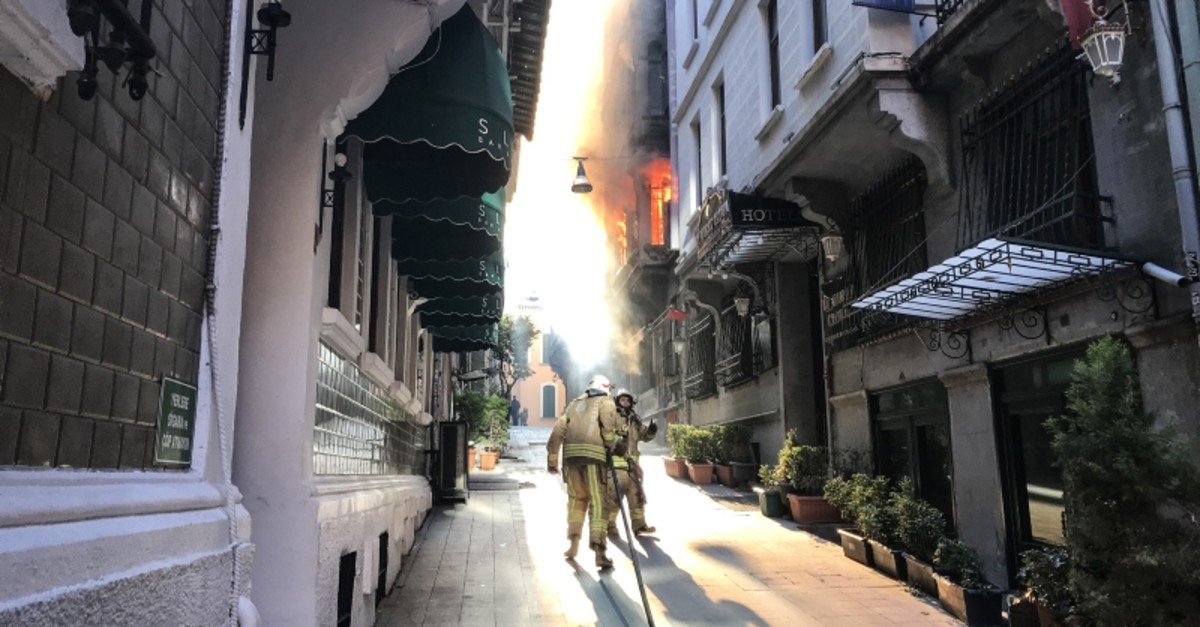 Four people were killed and one injured after a fire broke out at a five-story apartment in Istanbul's historic Beyoğlu district on Sunday.

A large number of emergency services were dispatched to the scene after locals reported the fire.

Two people were killed inside the apartment, while two others succumbed to their injuries at the hospital, Beyoğlu district Mayor Ahmet Misbah Demircan said.

According to Demircan, firefighters also managed to rescue three others, with one of them sustaining critical injuries.

Demircan said the flat where the fire started was shared by seven occupants.

One person was arrested in connection with the blaze, in the southern province of Hatay, some 800 kilometers (500 miles) from Istanbul, Istanbul Governor's Office said on Sunday.