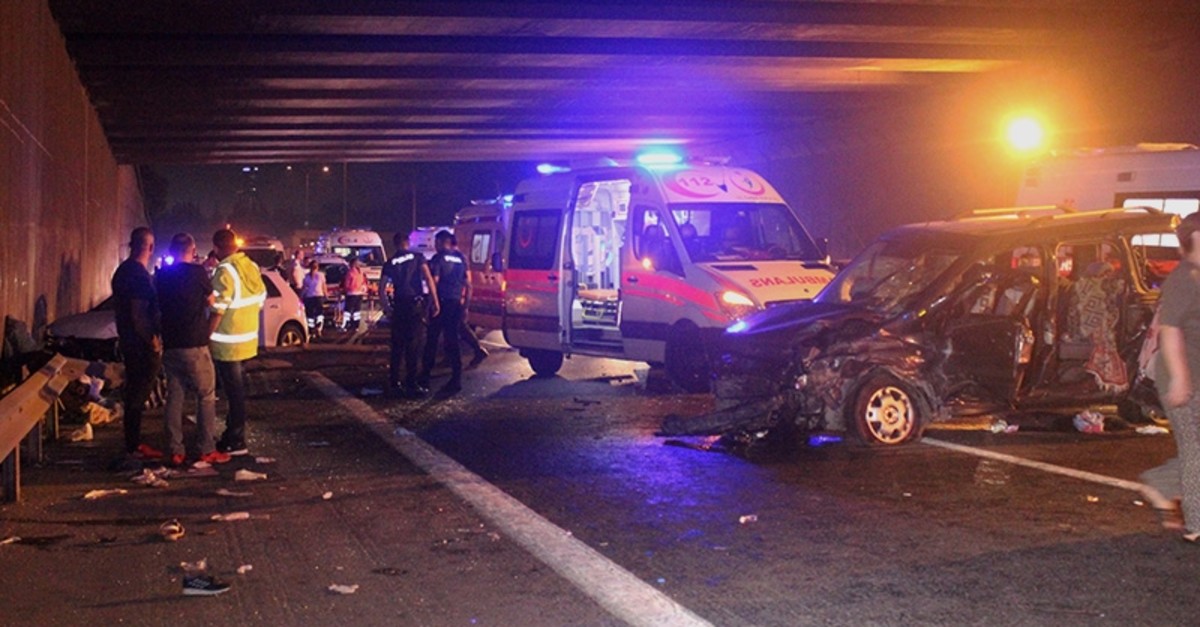 Three children and an adult were killed and 10 others were injured in a fatal crash caused by a reckless driver who weaved through traffic in Istanbul's Beşiktaş district early Saturday.

The accident occurred on the Trans-European Motorway (TEM), also known as the E-80, at 2:00 a.m. when the driver struck the rear of a light commercial van carrying 14 people instead of the van's passenger capacity of up to seven people, while weaving in and out of traffic.

The driver of the van lost control and hit the barriers, while the driver who caused the accident fled the scene after the accident.

Emergency services rushed to the scene and took the victims to the hospital after eyewitnesses reported the incident.

The 10 other victims were hospitalized.

Police launched an operation immediately after identifying the driver on the run.

Drivers weaving through traffic despite warnings and fines often cause accidents in Istanbul. Some even broadcast their reckless behavior live on social media.