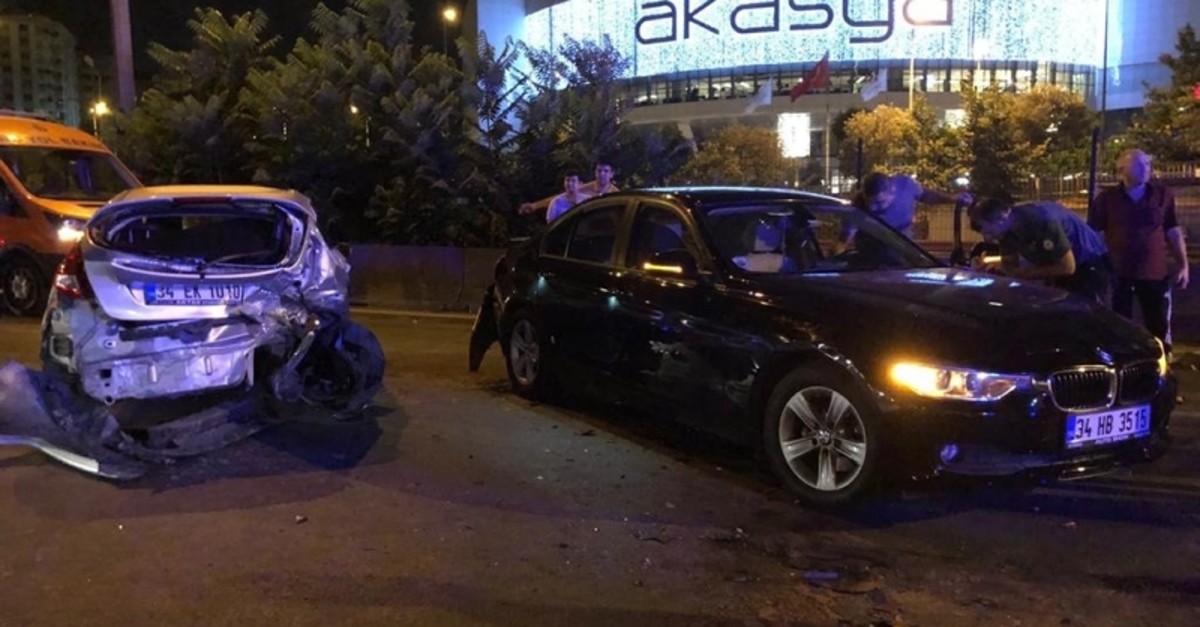 Seven people were injured on Thursday in a multi-vehicle collision on Istanbul's D-100 highway, reportedly caused by a married couple racing with each other.

According to local reports, Ahmet Şahin and his wife Betül Şahin were racing with each other weaving in and out of Istanbul traffic on the highway but the wife lost control of her car in Kadıköy district and collided with the vehicle in front of her.

The initial crash resulted in an eight-car pileup that injured seven people, while the couple escaped the crash unscathed.

Soon after the crash, the police were called and the couple were arrested as other drivers involved in the accident wanted to press charges against them.

The pileup caused long stretches of traffic on the Asian side of the highway as authorities worked to remove the wrecks.

Authorities said the injured were taken to nearby hospitals and no one had sustained critical injuries.

The couple is currently being held in police custody.