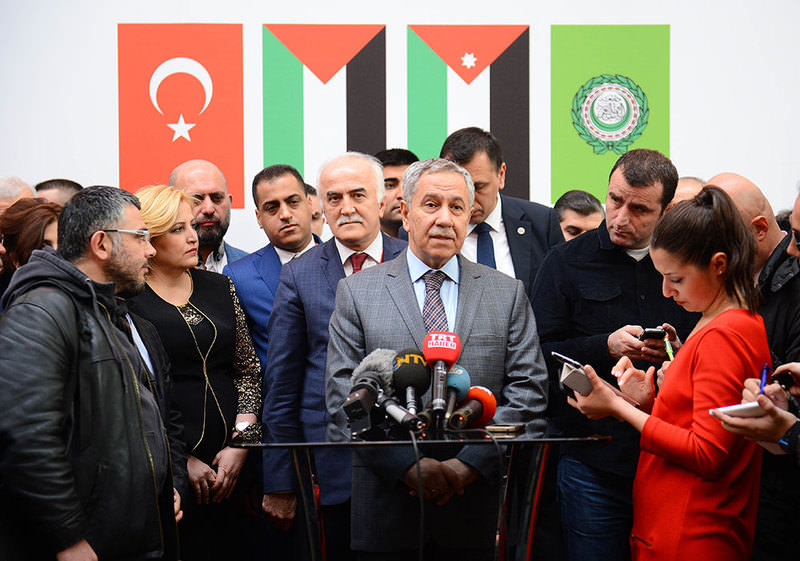 by Daily Sabah Mar 21, 2015 12:00 am
As Turkey and the world is concentrated on Öcalan's call to PKK for disarmament, Deputy PM and government spokesperson Bülent Arınç gave exclusive remarks regarding the road map for the future of the country's reconciliation process.

"Our government is obliged to follow the law on ending terror legalized last year. Forming a monitoring committee was one of the steps we have taken so far for the reconciliation process. Our government finds it suitable. We have an existing road map on who will carry out which duty. It is the government who runs the country, and the responsibility is on the government" Arınç said.

The monitoring committee was proposed by the government, the pro-Kurdish HDP, experts and academicians to facilitate the negotiations between the two parties.

Arınç said that President Erdoğan is very well informed regarding the steps taken in the reconciliation process, and he is informed by either the National Security Council meetings or by ministers when he finds it suitable. Regarding Erdoğan's disapproving comments on the monitoring committee, "Our President's words criticizing the government may wear out the government. In fact, because we like him, thinking that he may feel sorry for the public's comments and criticism, I don't find it suitable that he is talking in front of the screens" Deputy PM said. "We are determined to practice the monitoring committee and we find it beneficial."

Regarding the proposed names for the committee, Arınç said that these names have already taken part within the Committee of Wisemen and were appreciated by President Erdoğan.

Arınç said that Öcalan's message is positive in every way, and he considers this message as the success of the government and the President.