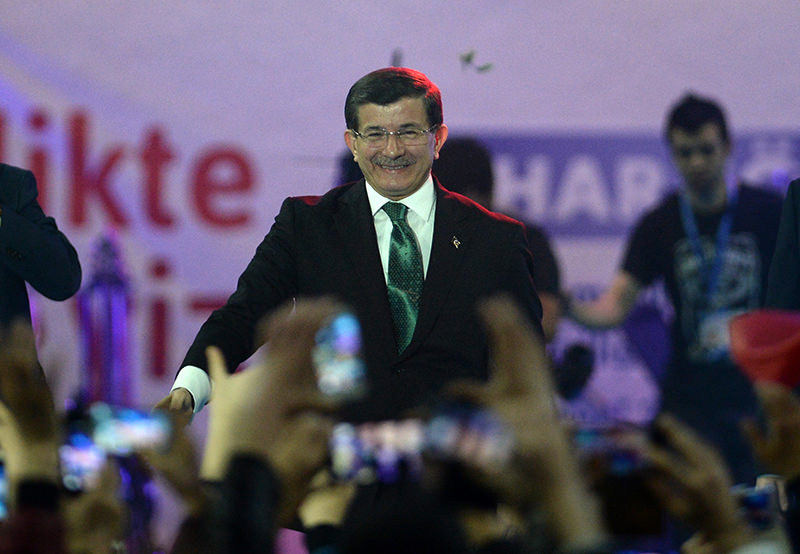 by Nurbanu Kızıl Mar 22, 2015 12:00 am
Prime Minister Ahmet Davutoğlu made a call to bury hatred, enmity, violence and weapons in the ground forever with the arrival of Spring. The Turkish Prime Minister spoke at an event organized to celebrate Nevruz, and stated that Nevruz represents a new beginning, highlighting that three principles should be constructed with the arrival of spring including unity, amity and fraternity, as PKK's imprisoned leader Abdullah Öcalan officially called on the PKK to lay down arms.

Davutoğlu stated that the goal of the AK Party is to keep the nation -77 million people- together as one, regardless of ethnic or religious differences.

"Nevruz signifies unity for us" he said, adding that the government is determined to preserve the unity of Turkey, and is against producing new enmity over the pains experienced in the past. "We are certainly aware that we will only be able to preserve our unity and amity through dialogue and appealing to the hearts and minds of the people" Davutoğlu said.

Davutoğlu warned that there are provocateurs who want to exploit the reconciliation process for political interests and fuel hostility amongst people throughout the country.

"Let us leave the old songs aside and sing songs of brotherhood, leave anger aside and speak only with the language of love" the Turkish prime minister said, and added: "Instead of burying our youth in the ground, let's bury the arms, and eternally bury the pain of mothers whose children have been martyred." Davutoğlu said that the world is a mortal place and the only thing that is eternal is fraternity, unity and amity.

Davutoğlu reassured people that the reconciliation process will succeed as they have come a long way in terms of resolving many of the issues. He added that it is crucial for all sides to focus on a common goal and contribute to the peace, brotherhood and unity in Turkey.

The Prime Minister has consistently stated that the government will not make any concessions if the use of arms is brought back to the table, as he underlined that public order is an indispensable part of democracy which cannot be sacrificed.

The reconciliation process was initiated by the AK Party government and began when a cease-fire was announced between the government and the PKK in 2013. This was followed by a series of democratic reforms to improve the rights of Turkey's Kurdish population. It is reported that over 50 percent of people in the country are in favor of the initiative.

At the end of the Nevruz program organized in Istanbul, Davutoğlu sang with numerous prominent singers and his wife Sare Davutoğlu, sending messages of peace: 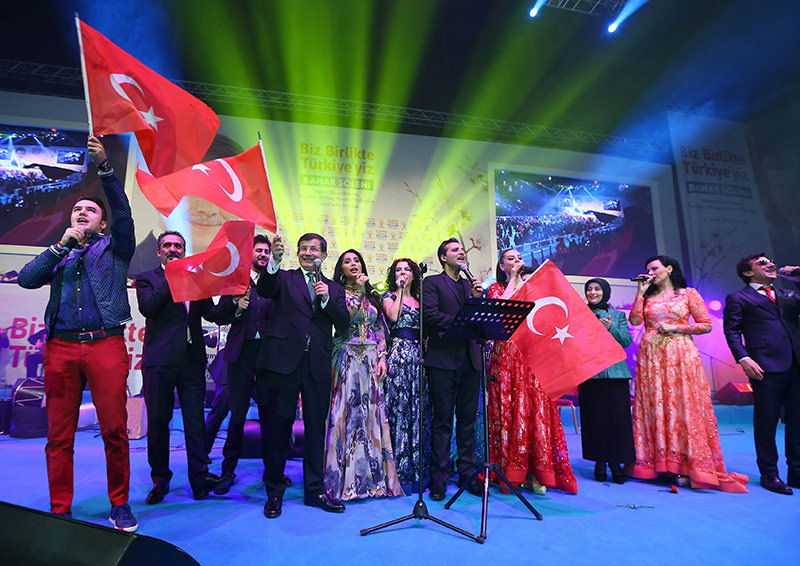