President Erdoğan’s stance on Kurdish issue the same since 1991 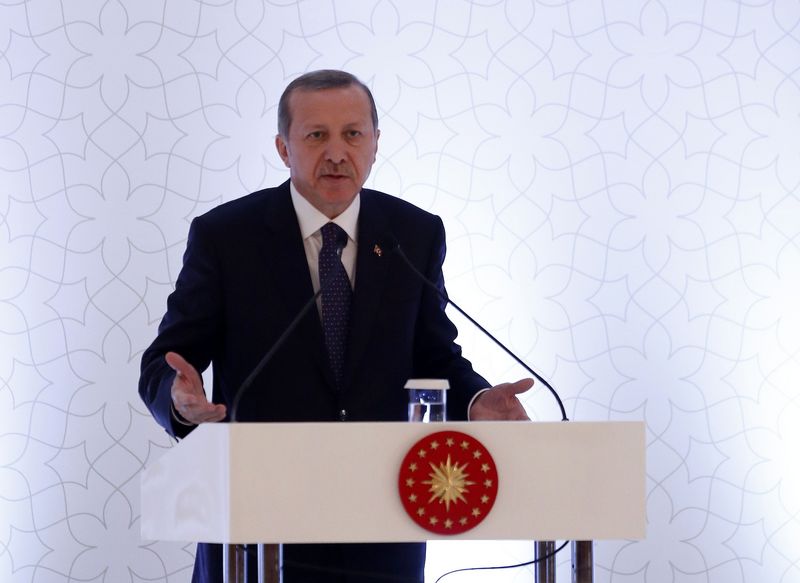 by Merve Aydoğan Mar 25, 2015 12:00 am
The reconciliation process, one of Turkey's most frequently debated topics, continues to top the country's agenda, as President Recep Tayyip Erdoğan emphasized that significant progress has been made in the past decade. He said on March 23 at a weekly meeting with local neighborhood chiefs at the Presidential Palace that there was no longer a Kurdish issue, but only problems faced by Kurdish citizens. In this regard, when Erdoğan's 1991 report on Kurds in Turkey is evaluated, it shows continuity in his stance concerning Turkish policy on Kurds living in Turkey.

Within the report penned by Erdoğan in 1991 when he was the chair of the Istanbul branch of the Welfare Party, he referred to the Kurdish issue as the problems that Kurds in Turkey face due to the lack of policies on Kurdish communities mainly living in southeastern Turkey. In the report Erdoğan underlined the importance of all divisions of society to be able to freely state their origins, and that Kurds in Turkey should not hesitate to speak their language, or identify with their Kurdish origins. In accordance with this ideology, while he was prime minister, Erdoğan marked one of the major events since the beginning of the reconciliation process, when he attended a historic meeting with the president of the Iraqi Kurdistan Regional Government Masoud Barzani after 21 years in Diyarbakır, and also attended a mass wedding ceremony for 300 couples, at which Kurdish musical legends İbrahim Tatlises and Şivan Perver performed a duet.

Furthermore, Erdoğan's report continued, saying that necessary mass media and educational advancement must be emphasized in efforts to provide Kurds education in their native language. Although education in one's native language has not been included in the reconciliation process so far, as prime minister, Erdoğan devoted notable efforts to provide Kurdish as an elective course, and it is now an elective course at public schools in Turkey. In addition to Kurdish as an elective course, the Kurdology Institution at Artuklu University in Mardin has been established. He also became the first Turkish leader to speak Kurdish when he announced the launch of TRT Kurdi, when he said: "May TRT 6 be beneficial," in Kurdish. TRT Kurdi is a Kurdish-language station that began broadcasting on Jan. 1, 2009 as part of the government's efforts to cater to the needs of Kurdish audiences, and was hailed as a landmark move in a country where speaking Kurdish in public was once illegal.

Although Erdoğan's report from 1991 was solely written to address the problems of Kurds in Turkey, he also underlined that other communities living in Turkey must also be recognized and highlighted laws banning the recognition of communities. Emphasizing the significance of permanent peace and unity in Turkey, he also mentioned that a delegation, including high-ranking officials from the government, must always be present at every event and incident occurring in southeastern Turkey in the framework of human rights and comprehensive policy. Throughout the rule of the Justice and Development Party (AK Party), Erdoğan has always remarked on the importance of unity and preventing sectarian and racial conflicts that may rise in Turkey. During one of Erdoğan's recent speeches in Bursa on Feb. 9, he said: "We have cleansed Turkey from its previous racist approaches toward minority groups. It was the AK Party government that has cleansed discrimination from legislation."

As President Erdoğan in the report states that the Welfare Party (of which he was the Istanbul chair), must establish a policy towards Kurds, and in this framework, Erdoğan states a committee that includes columnists, academics and intellectuals must be formed to formulate suggestions for resolving the issue. In this framework during Erdoğan's speech in Diyarbakir on 2005, for the very first time, he stated that the Kurdish issue is not only a problem for a part of Turkey, but rather that it in fact matters to all Turkey. As the ruling AK Party government devoted noteworthy efforts towards the reconciliation process with Erdoğan's leadership, the process initially began between the National Intelligence Organization (MİT) and PKK in 2009 at Oslo; the process was then put on hold until 2013, when a cease-fire was signed between the government and the PKK. As the reconciliation process continues, the government has formed the Wisemen Committee in 2013 as a part of facilitating the peace talks, with the contribution of prominent academics, journalists and intellectuals.

The reconciliation process, which was initiated by the AK Party government, was followed by a series of democratic reforms to improve the rights of Turkey's Kurdish population once the cease-fire was announced in 2013. In addition, Abdullah Öcalan, the jailed leader of the terrorist organization PKK, last month called on the armed group to hold a congress to discuss disarmament, two years after the PKK announced it had "withdrawn" from Turkish territories to northern Iraq, where it has hideouts on Qandil Mountain. Additionally, it is reported that over 50 percent of people in the country are in favor of the initiative.