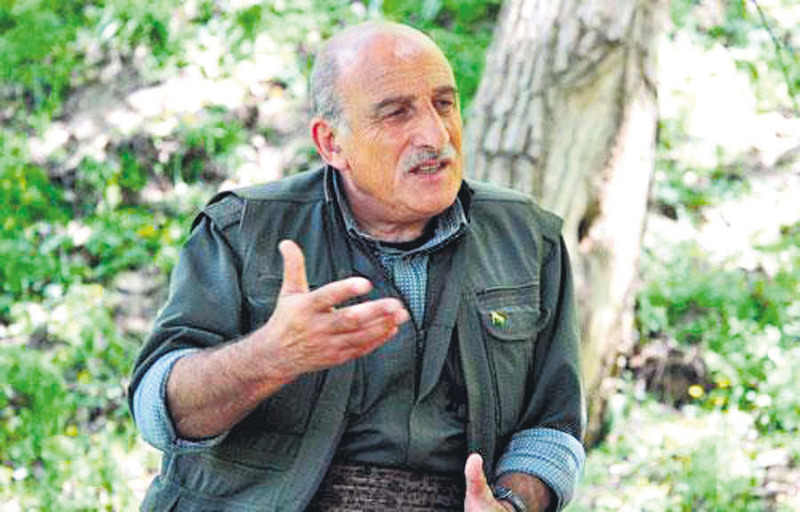 While the pro-Kurdish HDP, which entered into Parliament with 13 percent of the vote in general elections, says it is open for coalition talks, the PKK said the party cannot be part of a coalition before PKK leader Abdullah Öcalan is released

The pro-Kurdish Peoples' Democratic Party (HDP) has released contradictory messages about its willingness to form a coalition government with some from the party giving a green light to coalition talks while one of the outlawed PKK's senior heads, Duran Kalkan, asserted in an interview that the HDP will not be in a coalition.

The June 7 general elections saw none of the four major political parties in Turkey gain enough votes to form a single-party government, opening the door for myriad coalition options despite numerous ideological differences between the parties.

Following the HDP's passing the 10 percent election threshold for the first time, allowing it to gain seats in Parliament as a party, a crackdown over the HDP's rhetoric of forming a coalition government has surfaced between the outlawed PKK and the HDP for whom the terrorist organization allegedly threatened and pushed people in the east to vote on June, 7.

In an interview aired on Mednuçe TV broadcasting from Europe, Kalkan said that the HDP cannot take part in a coalition government that may be formed, claiming that it will turn into an "order party."

"Who will run Turkey with the current Constitution – the 1982 Constitution ratified during the military junta? Neither the [Republican People's Party] CHP nor the [Nationalist Movement Party] MHP are able to form a new [constitution]. Search of government should not be thought of as a goal to keep up with the current order," Kalkan said.

While Kalkan said that the PKK does not want the HDP to be in a coalition government, HDP Co-Chair Figen Yüksekdağ said yesterday that the HDP is open to coalition demands.

Speaking about possible coalition scenarios after the June 7 election, Yüksekdağ said: "No demand has yet been introduced to us."

Noting that no one has the luxury to have redlines in such a period, she added that the HDP's door is always open to suggestions and offers from other parties.

She said that a committee within the HDP has been formed regarding the coalition government since the party aims to not be a troublemaker, but instead be a solution provider in Turkish politics.

In recent days, HDP Co-Chair Selahattin Demirtaş made similar remarks as he said: "All possibilities will be evaluated when the time comes. We said that we will not form a coalition with the AK Party. But we will do our best not to see instability in Turkey, including a minority government."

The HDP's moves have been interpreted as a step to not lose the custodial votes that Demirtaş described as the reason behind the HDP passing the threshold. The party is worried about retaining the custodial votes it received in the elections due to the possibility of early elections in which it is possible it could lose those votes. Following the election results, which saw the HDP win 13.12 percent of the vote, Demirtaş emphasized that he is aware that the party received custodial votes in the elections in order to pass the 10 percent election threshold. "Our stance will never put anyone to shame who voted for us for any reason and who thereby trusted and believed us. We will not put those who wanted the HDP to pave the path of democratic politics in Turkey by voting for us to shame either," Demirtaş said in a statement after the election results were announced. However, debates surrounding the possibility of early elections are still continuing and some academics foresee that in the event of early elections, the HDP could very likely lose its custodial votes for passing the threshold.
Last Update: Jun 16, 2015 10:41 pm
RELATED TOPICS